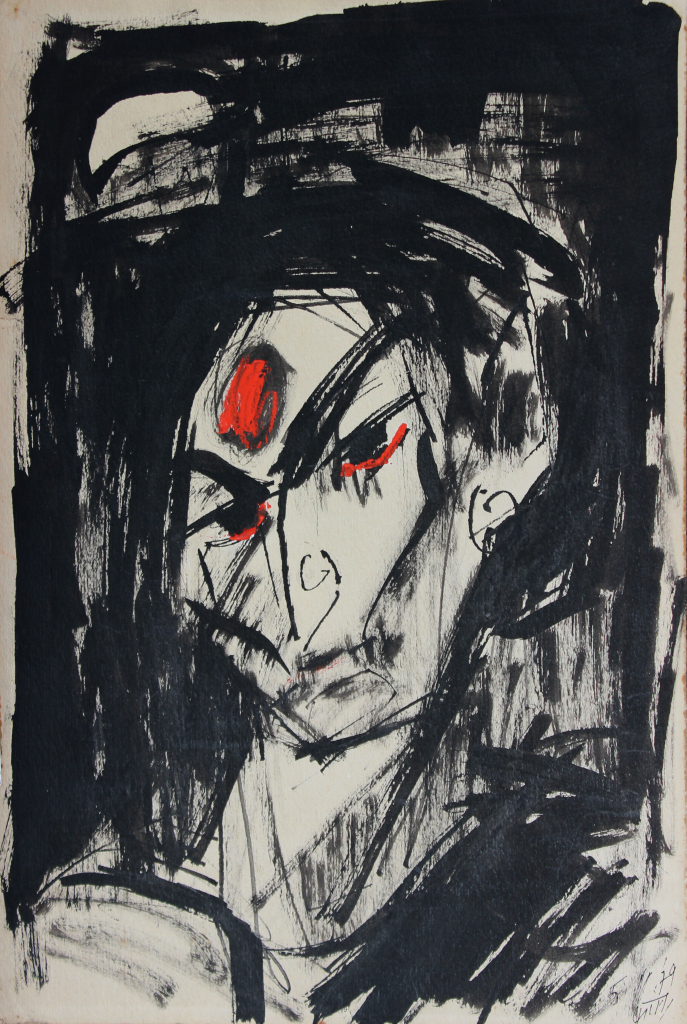 Mounts may rock, for once,

Cosmos may come crashing down.

He likes the one who doesn’t stray,

Even in most torrid of times.

Hiccups of spirits, low and high,

Can’t get her, she’s a braveheart.

Guru’s vachan is her only beacon,

She sails selfless without a care.

Company of the wise gives her a high,

For resolves and routes, don’t give a damn,

Vicious is maya’s hex, snap out of it, bai.

Confide in the legacy of vachan.

Guru’s grace is your supreme haven.

Thread your beads in bright of the bolt,

You ne’er know when the pitch dark’ll pall.

Days will drift away in a blink,

Time will devour breaths, once and for all.

Well beyond the grasp of a half-wit.

Want to know His little game?

Put your ego aside, that’s it.

Shed all your chains, come quick,

See for yourself the nature of soul;

I’ll unveil the oneness of opposites,

And cast you in a novel mould.

First among Gods, guru is above cosmos,

No airs there, nothing to feign.

If you’re serious about bhakti.

Melt away your ego,

Feet of the guru is where lies mukti.

The world of the divine has no place

For caste, gender or race

Be cool and take it easy, man.

The mantle of His woman is for those to claim,

Who are blind to flaws of others.

What do they care for hope and hanker,

And confide in the power of vachan.

Don’t settle for anything less, be His woman.

That says it all.

Can’t have enough of His dapper looks, true,

What is sin, if one’s helpless by heart.

His company is the thrill of your song,

Ecstasy lies beyond letters on your tongue.

All illusions shatter to smithereens,

Once you shed your cast.

Meet your true self,

As it descends from heaven upwards.

Contemplating his form is sheer bliss,

Warps or wefts of mind, nothing is amiss.

Nirvana is your soul’s supreme seat.

Ganga Sati (ca. 18th-19th century) is a celebrated medieval bhakti poet of the loka dharma tradition that mainly developed in the Saurashtra region of Gujarat. She sang fifty-two bhajans to her daughter-in-law, Panbai, which constitute the discourse of the Mahapanth cult and remain a powerful presence of cultural memory in Gujarati households even today.

Hemang Ashwinkumar, a bi-lingual poet working in Gujarati and English. He has translated contemporary Marathi poetry into Gujarati and contemporary Gujarati poetry and short fiction into English. His Gujarati translation of Arun Kolatkar’s Kala Ghoda Poems was published recently. He can be reached at [email protected]