Cultural Resistance from We the People 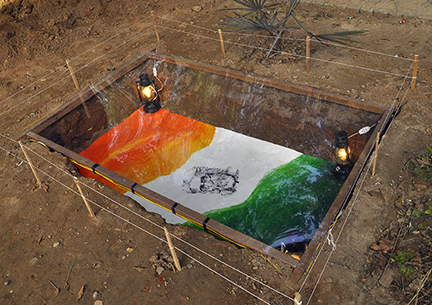 A gem from this common legacy: On 26 January, 1950, the Indian people — a diverse population that had fought for independence from colonial rule — decided what kind of Republic they wanted to build; what kind of national, collective life they wanted to live. They made promises to themselves through a constitution, and the most fundamental, of these promises made up the Preamble:

“WE, THE PEOPLE OF INDIA, having solemnly resolved to constitute India into a SOVEREIGN SOCIALIST SECULAR DEMOCRATIC REPUBLIC and to secure to all its citizens:

EQUALITY of status and of opportunity; and to promote among them all

FRATERNITY assuring the dignity of the individual and the unity and integrity of the Nation;

IN OUR CONSTITUENT ASSEMBLY this 26th day of November 1949, do HEREBY ADOPT, ENACT AND GIVE TO OURSELVES THIS CONSTITUTION”.

Video courtesy We, The People Abhiyan

Guftugu has been one eloquent drop in this powerful, surging ocean.