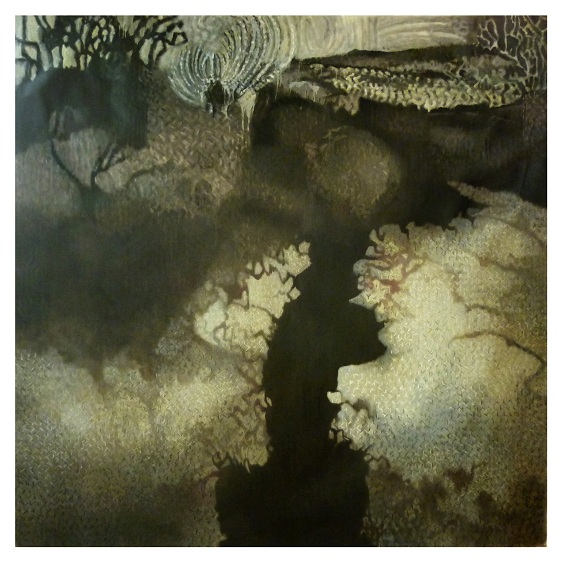 The town absorbed in pooling dusk

is poplar masts, all willow-tossed,

and lost beneath the valley’s toil

in oils — and just as still — that’s seen

to lap-unwrap some jutting coast,

this mass has set in a boil against

its sheer surrounds of sand-dry earth.

They floored an ocean long ago:

this furred and whorled and welling dark

in arabesques unfurled below,

the jagged surge, its patient shore.

While Buddhists say that when the Phags-

Pa Dhitika was here he drove

a lake away, and that’s when Leh

emerged as land. The story stays.

As Buddhist lore assumes the town

submerged in its evening lake,

we stand uphill, my dogs and I,

a motley, straggling band of four —

one dogs my heel, two others stray

to scent and mark the Tethyian shore;

and all intent, each one alone,

we slowly turn towards our home.

Salim Yusufji was a schoolteacher for fifteen years, and has previously edited Ambedkar: The Attendant Details, a selection of reminiscences by people in close proximity to B.R. Ambedkar. He is also the co-editor of Battling for India: A Citizen’s Reader.

Vasudha Thozhur was born in 1956 in Mysore. She studied at the College of Arts and Crafts, Madras, and at the School of Art and Design in Croydon, UK. She lived and worked in Chennai from 1981 to 1997 and in Baroda from 1997 to 2013. She is currently associate professor in the Department of Art, Design and Performing Arts at the Shiv Nadar University, Dadri.