A Woman of Letters: Three Poems 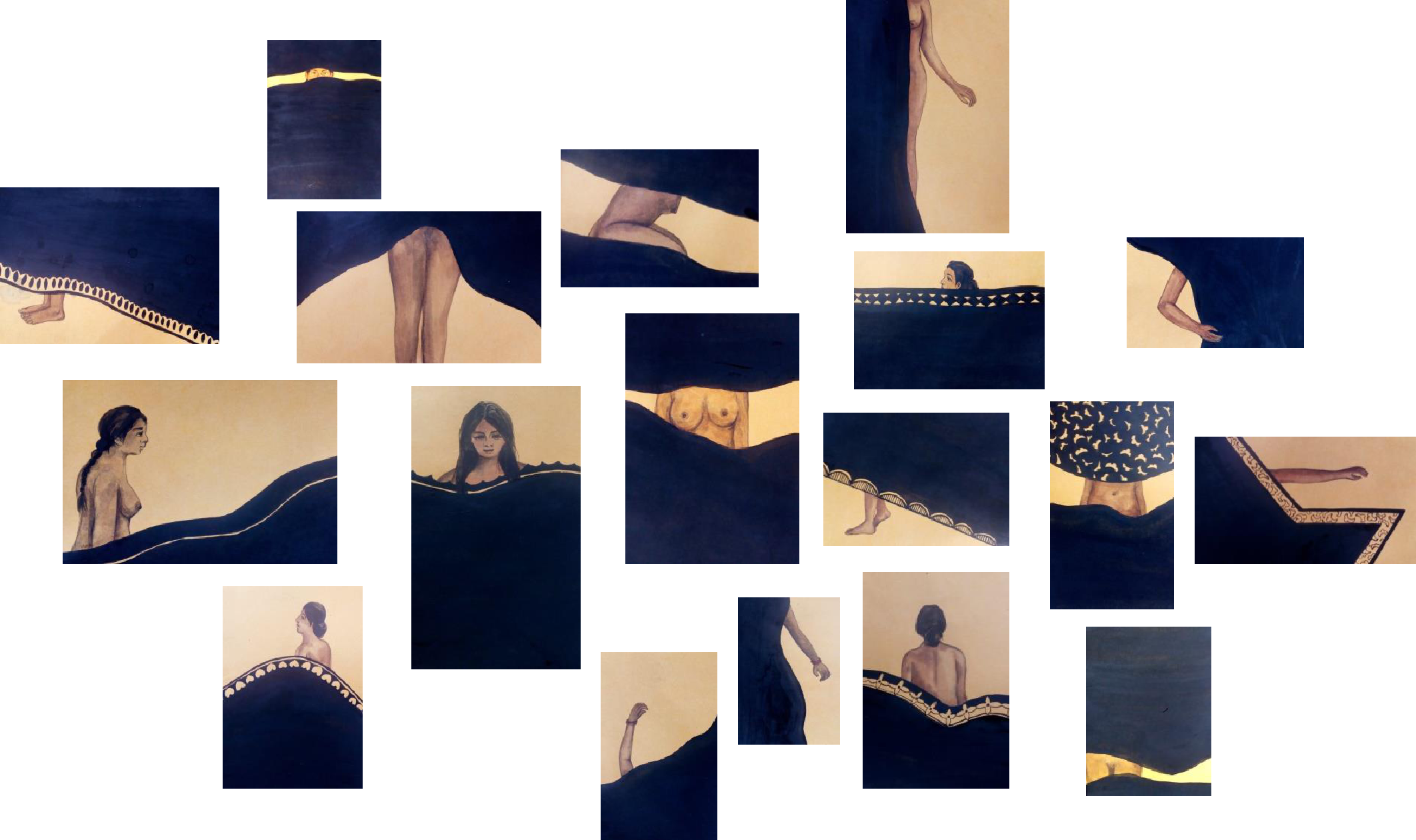 He smuggles it out the theatre

heedless of that which is in his hands,

and pleading, for a last minute reprieve.

I think: what if he is a cannibal, what if.

I picture him licking his lips after lunch,

his hands on his swollen belly.

the Tamil coming to me unbidden.

of daily gritting and forbidden sugar-love,

that slow switch to crumpledness,

and nurses with breasts

who come and go,

and she talking of Kannagi, of Otta Mulachi,

and me thinking of that which is in his hands,

and the night’s dark ceiling

A Woman of Letters

Some days what I want to be is a woman of letters,

to retire to my study and be

I can see it all:

its drawers seductive and deep,

holding secrets from another age,

on it some paper, a pen and an ink well,

and a bookcase filled with every kind of book –

Austen definitely and Dickinson and Chugthtai…

No grubby sons, their dirty socks like bombs under my books.

No spouses, no mothers, nor mothers-in-law

with their urgent thoughts.

Sometimes all I want to be is a woman of letters.

Between chores, the very idea makes me weep.

“I am not gone yet,” she whispers to the boys as they sleep,

“and even though it looks as though I walked out on it all,

to return to the earth,

to leave it all behind in a grand gesture,

I find I have been outwitted after all,

for the going away is easy but the leaving behind isn’t.

This keeping vigil has become a habit impossible to kick,

and you, my boys, are my very heart.

I am neither golden image nor ghost,

I am that mother’s face which looks

back at him from all the palace mirrors,

A poet and fiction writer, K. Srilata is a Professor of English at IIT Madras. Her poetry collections include The Unmistakable Presence of Absent Humans, Bookmarking the Oasis, Writing Octopus, Arriving Shortly and Seablue Child. Her novel Table for Four was long listed in 2009 for the Man Asian literary prize. Srilata has edited several anthologies including The Rapids of a Great River: The Penguin Book of Tamil Poetry, Short Fiction from South India (OUP) and Lifescapes: Interviews with Contemporary Women Writers from Tamil Nadu (Women Unlimited).