The Music of the Brahmaputra Valley 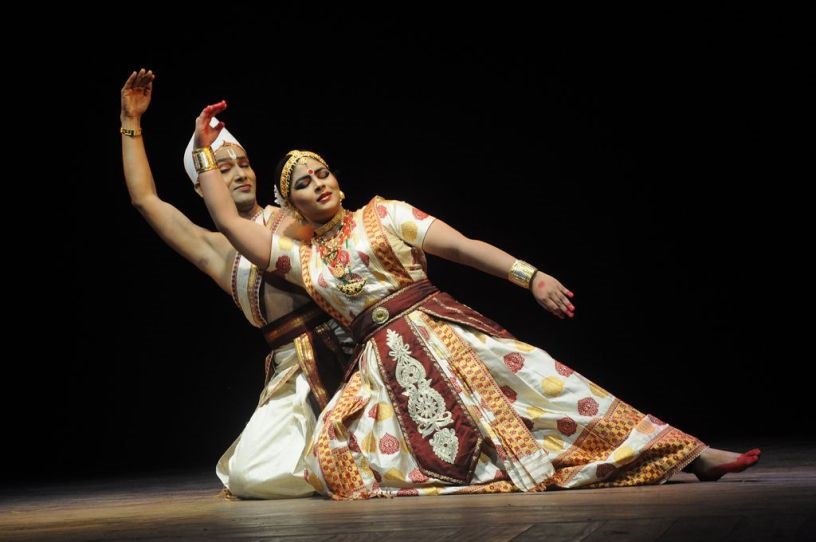 Geographical location is undoubtedly a very important factor in shaping the culture of a place. It is geography that determines how accessible a place is; and this, in turn, determines the migrants from different lands who come to the place, bringing with them the influences of their own cultures. Geography also determines how attractive a place is for potential migrants. Is the place well-watered? Is the climate suitable for agriculture and for living?

The location of Assam is unique — it is situated at the cusp of two great civilizations, the Indian and East and South East Asian. It is, therefore, inevitable that it should reflect these influences in various spheres. Till the other day, Assam, bound by heavily forested hills, and one of the biggest river systems of the world, was largely inaccessible to the rest of India, as well as to the lands to the east. But these fertile valleys that bask in the mellow sunshine of a moderate climate could not fail to attract migrants from great distances. The difficulty of the terrain leading into this golden land however ensured that these migrations have taken place, historically, slowly. These migrants brought with them the culture of the lands of their origin. Because of the slow pace of migration, the assimilation process of each of these influences threw up newer creations, while retaining the flavour of the original. Over time, these mixed and melded with the local culture, to produce something that remains unique to this day. So whether it is cuisine, or dress, or textiles, or literature, or indeed the many other facets of traditions that manifest themselves in our everyday life, there is always something different, something distinctive about the cultural markers of this land.

The musical ancestry of migrants is often a kind of race memory of the land from which they have come, even centuries after the actual migration has taken place. Music is the nostalgia, the recollection that migrants carry with them, as remembrances of the land they have left behind for ever. In Assam, the various strands of its rich repertoire of music, both the vocal and the instrumental heritage, glisten with those memories. The melodies of this land are a seamless intermingling of the airs of the rest of India, particularly Northern and Eastern India, and also, on the other hand, of the many cultures of different ethnicities that surround the valley, in the hills of the region. There is also of course the memory of music that has come from further East. These two latter influences are seen in the more staccato nature of the melodies of this part of the world, compared to the music of the rest of India, which is based on ‘meends’, or glides. Also, the melodies of the ethnic music of Assam are usually based on a descending scale, unlike the folk and Raag based melodies of much of the rest of the country. However, the mingling of the influences over the centuries has ensured a composite melodic end product that is as attractive as it is unique.

The music of the valleys of the Brahmaputra in Assam is rich in both the traditional as well as the folk kinds. (The music of the Barak Valley is appreciably different, with its own influences, and therefore merits a separate discourse.) Both these categories are often an accompaniment to dance, though they are also performed without this pairing. Among the most luminous of traditional music forms are those that spring from the Sattriya culture. These Sattras, or monasteries, were established by the great Vaishnavite saint, Srimanta Sankardeva (1449-1568) and his primary disciple, Madhabdev (1489-1596). Sankardeva himself wrote many works of devotion, among them the Kirtan Ghosa, Bhaonas and Naats (dramatic works) and so on. The Borgeets, or Great Songs that he wrote are performed with great piety even today. These are effulgent with devotion, and are based on Raags whose nomenclature is different from both the Carnatic and Hindusthani systems, and also a complex system of Taals or rhythmic patterns. The lyrics are in the sweet language known as Brajawali, a mixture of the Assamese of the time, and the language of Braj. This gives an aura of nobility to the texts, a kind of distance, which is however totally comprehensible to the lay audience for which they were written. The accompanying instruments of the time were the khol and the taal, or cymbals, but today, recitals of Sattra music are accompanied by the taanpura, violin and flute as well. Madhabdev also wrote some beautiful Borgeets.

It is not the Vaishnavite faith alone that has beautiful devotional songs. Several other deities are worshipped through music. The Mother Goddess, in various forms, has always been very important here. Ai Naams extol her virtues and glories, and are usually sung by women.

Another category of traditional songs are the Oja Pali , where a group of men, divided into the main singer/narrator and the accompanying chorus, play out a dramatic musical narration, complete with basic dance steps and hand gestures. Small cymbals accompany the songs. A notable change in recent times is that women too are part of the groups performing Oja Pali… a welcome development.

Muslims have their own songs of piety and devotion in Assam, known as Jikirs. These often sing of moral values and are accompanied by simple instruments and hand claps.

Assam is very rich in folk music, of which there is a large variety to be found here. In the Westernmost areas of the State, in Goalpara and Dhubri, for instance, one finds the luminous Goalpariya folk songs. These are related to the river songs of nearby Bangladesh and North Bengal, though their melodic development and vocabulary is different. These are the regions of the great elephant herds that wander from place to place. It is no wonder that ‘elephant songs’ have such a distinctive position in the folk music of this area. Boatmen’s songs from these musically rich districts are also very evocative in both their melodic and rhythmic schemes.

The adjacent districts also have a rich repertoire of folk music, Kamrupiya Loka Geet being highly melodious. There are also some intriguing categories, such as the ‘Moh Kheda Geet’ of Barpeta which is sung by groups that fan out with burning torches, to chase away mosquitoes. The boat songs of Barpeta, ‘Nao Khelor Geet’ Barpeta sung during boat races, are vigorous and energetic. There are several other categories of folk music, heard up and down the valley. These include the Tokari Geet, the Bongeet, the lullabies or Nisukonigeet. Some of these lullabies are indeed soothing. Besides, there are the group songs such as Biya Naams (wedding songs) which are often extempore. These can be sad, as well as merry.

The best known folk form of Assam is the Bihu, an expression of joy and merriment, which is today a dance that is synonymous with the people of Assam. It is a dance celebrating fecundity and fertility, and is part of the Bihu festivals of April and January. The Bihu of Spring, especially, is a joyous one, with dancing and singing galore. The songs that accompany these dances are an integral part of the whole performance. The rhythm encompasses a vibrant double beat that is guaranteed to set feet tapping and bodies swaying. The lyrics are often quite risqué, and depict the boy wooing the girl, and the girl’s teasing reply. Indeed, the whole tone of the songs is light-hearted, with lots of teasing and double entendre, guaranteed to bring a smile to the faces of the audiences. These songs are full of stunning descriptions of nature, evoking the lush beauty of the fields, the rivers, the trees and foliage all around. An intriguing aspect of these lyrics is the fact that they lend themselves to extempore creations quite readily. Many events of a contemporaneous nature are often incorporated into these short stanzas, as are teasing references to the audiences, especially if they are too inhibited to join in the dancing and singing!

Indeed, every tribe of Assam’s multi-ethnic community has its own music. The Bodos celebrate ‘Baishagu’ with song and dance. The Bagurumba dance, accompanied by song, describes the beauties of Nature. Every tribe celebrates Spring in its own way, with its own songs and dances, which enrich the composite culture of Assam. The Adivasis of the tea garden regions have their lively and graceful Jhumur dances and songs.

Among the traditional instruments of Assam are of course the flute made of bamboo, which is ubiquitous in the rural areas. There are, besides, the stringed folk instruments such as the Ektara and Dotara, which yield tunes that are resonant with feeling. There are also instruments such as the pepa or pipe, sometimes made from the horn of a buffalo, and the gogona or jew’s harp. Among the percussion instruments are the khol, mainly used for music of a religious nature, and the more secular dhol, the nagara, and the bamboo clappers. It is to be noted that these are all made of material found in abundance in nature. The Ciphung Bahi of the Bodos is a long bamboo flute, played during festivals.

Contemporary music in Assam draws on this solid musical foundation. The amalgamation of various categories, and also more contemporary influences from outside the region, has resulted in some beautiful outpourings of music. Artistes such as Bhupen Hazarika, Papon and Zubeen Garg, who have been nourished by the musical streams of this land, owe much to this rich legacy, which has nurtured their genius to produce their remarkable musical outpourings.

This overview of the music of Assam is only a brief outline that seeks to give an idea of the beauty, richness and diversity of the musical heritage of this land.

This essay was first published on Pangsau.

Guwahati-based Mitra Phukan is a novelist, columnist and a vocalist of the Hindusthani Shastriya Sangeet tradition.