A story by Abhinav Kumar 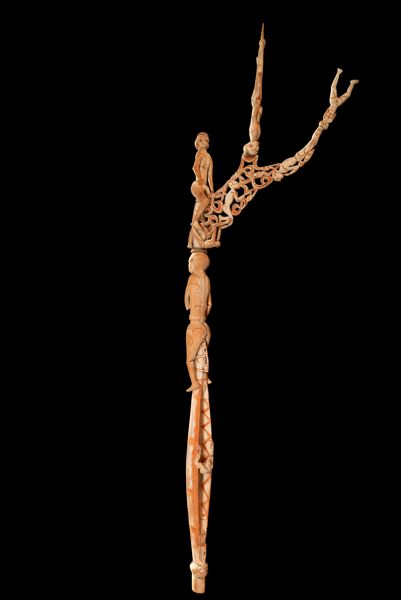 When I was a boy, my father had to choose. Heart or mind. Tradition or modernity. Faith or peace.

‘Why did you run?’ the man rasped, taking his time to catch his breath. For an elderly man, he was sprightly, a fact he reminded his acolytes of as they caught up. Four in all. They slapped each others’ backs, as a relay team might at the end of a successful race.

I felt the bricks behind me – solid, immutable, unyielding – and cursed them for arresting my flight.

‘Why?’ he repeated with a quizzical half-smile. The others stood back in deference to their leader, gathered in a loose arc.

The afternoon sunlight danced off their blades. Metal clanged in the distance. Glass shattered. Lazy laughter, pierced by muffled screams, rent the air. I heard the patter of feet in parallel lanes, smelled the sour breath of sweating men and the iron of blood.

The leader grinned. I averted my eyes and looked at the shuttered shops for someone, something, anything.

Maybe he’s a mute,’ an acolyte with a scar across his face drawled. ‘Even for them, that’s quite heartless, to leave their disabled out as easy meat…’

Instinctively, they turned in the direction of a resounding boom not too far away. A gas cylinder, perhaps. Or a car.

‘But he’s certainly not deaf,’ the leader said, seeing me flinch.

‘Name? What’s your name?’ the youngest, a stripling of a boy, bellowed as if to test scarface’s theory.

‘We are pissing away precious time,’ snarled the man with the saffron scarf. ‘The DSP said he could only delay his men till 4, and it’s nearly 3…’ The sound of a gunshot pierced the silence of the lane. Saffron scarf flashed sharp, pearly teeth that accentuated the glower of his eyes. ‘The others seem to be making steady progress while we debate with some mute son of a bitch.’

‘Quiet!’ snapped the leader. ‘Don’t forget that we lost three young men last time because of your misplaced fervour.’

‘So tell us, boy,’ the leader said, stepping closer. ‘You have one chance… Consider yourself lucky. At least we ask.’

He smiled at me as one might at a neighbour. He was not unpleasant-looking: portly, with a thin, greying moustache and thick glasses that gave him the air of a schoolmaster. My frenzied brain conjured up an image of him instructing young boys, ruling over them with a benign but firm hand.

‘What made you run?’ he rasped. ‘You seem to be from a good family, western clothes and all.’

‘Which would make it even better,’ saffron scarf said, licking his lips and surveying me with distaste.

My arm, trembling and useless by my side, pinched my jeans. My father had always insisted that we wear the most modern clothes, the trendiest brands we could afford. Even on the most familial of occasions.

Springing forward with surprising agility, the leader caught me by the jaw.

‘Smooth chin,’ he breathed. I watched a single grain of rice stuck to the vermilion on his forehead break free and fall to the ground.

‘No cap-ring on his head either,’ he said, running a gnarled hand over my hair.

‘And yet…’ he said, holding me by the chin, between thumb and forefinger. ‘We sent word out for men, you did not come. We sent word to the cowards to stay home, hide behind their mothers’ pallus. Yet, you roam free… here. With impunity.’

Tilting my face, he ran an elegant finger over my cheek.

‘And you ran,’ he whispered. I caught a whiff of fennel on his breath, the palate cleanser after a meal, perhaps, before they had set out.

‘You ran,’ he repeated, eyes boring into my soul, reaching for the taint he had been taught to pursue. Blood pounded in my temples, threatening to breach the dam of my skull and burst forth. Vision blurring, I tried to focus on the whites of his eyes.

His face cleared, then contorted in a manic grin.

‘He’s yours,’ he barked at the youngest of the lot, releasing me with a jerk and stepping back to join them. The young chap crowed and stepped forward, grabbing saffron scarf’s sword on the way.

I fought off your mother, grandfather and the clerics for this, beta. It is a small sacrifice, but… times are bad. When the time comes… use it.

Blade in the air, eyes bloodshot, muscles rippling, the chap swaggered up.

‘Watch out! Sometimes they fight back!’ The leader called out with childish glee.

Use it, said the voice in my head. Use it…NOW.

Eyes glued shut, I raised a hand to shield myself from the impending attack. With the other, I reached for my trousers.

‘And what the fuck is this?’

I opened my eyes. The rust of the blade was inches from my neck. The youth stood before me, statuesque, disgust moulding his boyish features into an ugly grimace.

‘He’s going to fight you with that toothpick,’ scar-face chortled.

‘You fucking pervert!’ The youth raised a hand to strike.

The men followed their leader’s gaze to my midriff, to stare at the tiny strip of skin that had made its presence felt in the deserted alley like an unwelcome guest.

The blade dropped to the boy’s side with a dull clang. He trotted back with the downcast air of one who has been denied a sumptuous feast.

‘Shouldn’t he join us, then?’ saffron scarf’s voice was thick with disappointment.

‘This scrawny fellow?’ scarface jeered. ‘No, let’s leave him to roam the streets and brandish that at whoever he pleases. Even my youngest brother – ‘

‘Next time,’ the leader said, cutting him off and addressing me in a measured tone. ‘Do as a coward does, and stay home.’

The young chap kicked the air as they retraced their steps down the lane. “Fucking ill luck. Set out to serve your community and one of them waves that in your face.” He hawked and spat in the gutter. Saffron scarf sniggered. The leader laughed and patted the boy’s shoulder. ‘Patience, my young friend, patience… Let’s try the next lane.’

The lane clear, my eyes brought the ground together in sharp focus. I looked past my flaccid saviour, watched the urine pool at my feet, spatter my jeans, its intermittent patter mingling with the harsh gasps of my breath.

When I was a boy, my father had to choose. Heart or mind. Tradition or modernity. Faith or peace. Life, or death.

Abhinav Kumar is a lawyer based in New Delhi. His stories have appeared in Open Road Review, Jaggery, Muse India and Earthen Lamp Journal, among others. His poetry has appeared in Indian Literature, The Madras Mag, The Bangalore Review, and The Madras Courier. His first collection of short stories, Razor-Sharp, is available on Amazon.