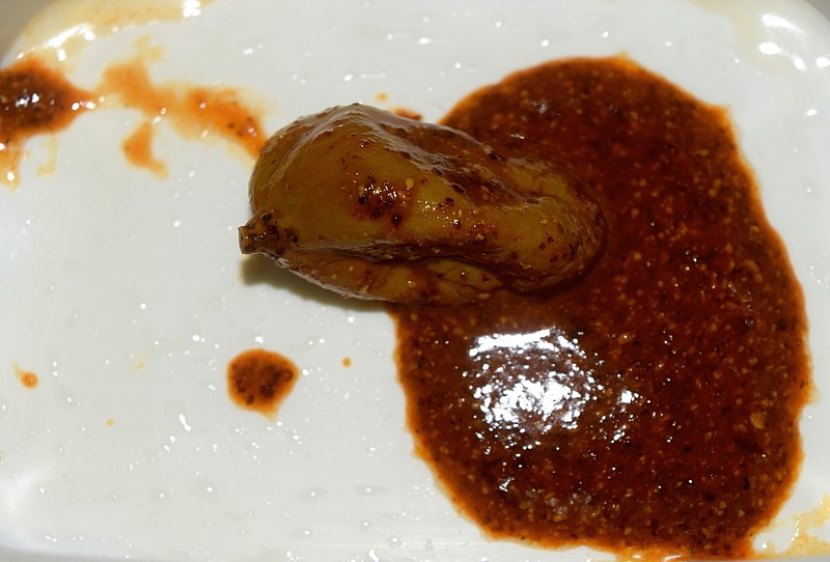 Learn From Me How to Make Pickles

And since he is a Bombay man with an avakkai heart,

the hope still alive in her eyes,

“Do you want me to teach you how to make them?

Let me show you how to pluck the mangoes

before they fall in summer,

the shapes and sizes in which to slice them,

and just how to subdue them –

in what spicy, salty, oil-pools.

Woman, you who sit at your desk all day long

and read and write. I have caught you often

staring out the window.

Learn from me how to make pickles,

and sashay, without a stumble, into my son’s heart.

Wrap your fingers around kitchen-knives, not pens.

Books aren’t bad, I know, and there’s nothing the matter with pretty views, but they are nowhere close to pickles when it comes to certain things. I should know.

I have lived on this earth longer than you

and have three grown children all raised on pickles.

But first things first: the chili should always be a bright Guntur red.”

Because I Never Learned the Names of Trees in Tamil

You pour it into my ear,

the warm oil of tree names in Tamil,

and not one of them in soft, cool italics.

You are looking, I know, to oust that convent-English insect,

frantically alive, trapped there since grade one.

Manjanathi, you say, and murungai,

aalamaram,  roots you can swing on, girl,

I cite, in my support, the carefree impunity

of lovers who carve their names

on trees they don’t know the names of.

Palaamaram, you say, not giving up.

The insect stops beating its wings,

learns to luxuriate in this unfamiliar oil,

It is something else entirely

that flies out my ear.

What the Tamil Poet Says About Herself in Her Bio note

That her childhood was marked by her migration

that, as a young woman,

a strange and sudden sorrow

that she keeps a parrot for a pet,

in the dead of night,

holding lines in their beaks,

that some of them find their way

into the notebook under her pillow.

K. Srilata is a poet, fiction writer, and professor of English at IIT Madras. Her collections of poems include Bookmarking the Oasis, Writing Octopus, Arriving Shortly and Seablue Child. She co-edited the anthology Rapids of a Great River: The Penguin Book of Tamil Poetry. Her novel Table for Four, published by Penguin, was longlisted in 2009 for the Man Asian literary prize.