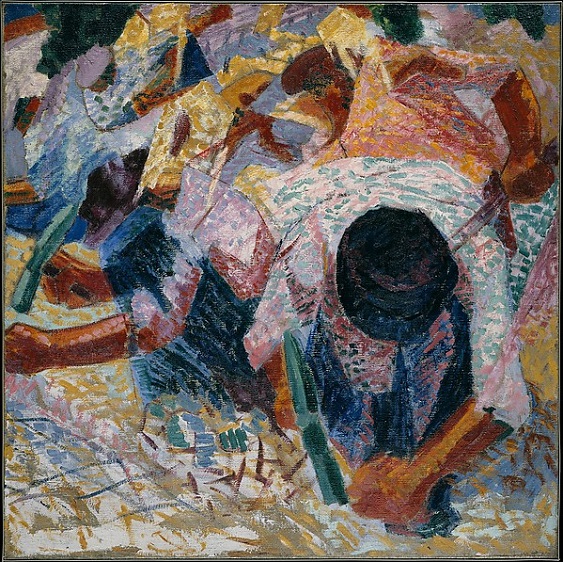 Karl Marx has turned 200 years old; The Communist Manifesto 170; and Das Kapital, 150. This joint celebration – and the specific context of the times — has given rise to some passionate discussion of Karl Marx’s contribution to diverse realms of knowledge. Intellectuals and activists of diverse persuasions across the world lead the celebratory discussion. But even apologists of the bourgeoisie as well as thinkers of liberal persuasion have admitted that the history of human thought would have been different in the absence of the huge and varied corpus of Marx’s writings. Altogether, the consensus seems to be an inescapable division of thought before Marx and after Marx.

The present historical juncture — when a large part of the globe, from the United States and the United Kingdom to Hungary, Turkey, Israel and India, has been hegemonised by ruthless right-wing politics — lends special significance to these discussions around the distinct incarnations of global capital, and its alliance with conservative world views, divisive political practices and orthodox cultural perspectives. Even the opponents of Marxist theory and practice admit today that they are persuaded to go to Marx to understand the working of capital, its global spread and its recurring crises. It is true they are all not going back to the same Marx. Some try to retrieve the spirit of the early Marx of The Economic and Philosophical Manuscripts of 1844, On the Jewish Question and The Holy Family. Some travel to the profound and comprehensive discussions of historical materialism in his mature works such as The German Ideology, The Poverty of Philosophy, The Communist Manifesto and Das Capital. Yet others refer to his notes, Grundrisse, published posthumously, and some of the later essays written in The New York Tribune in which Marx begins to enlarge his idea of class to include, beyond the proletariat, the traded slaves from Africa and other marginalised, subaltern sections of the society whose revolutionary potential he begins to recognise, thus extricating himself from the alleged ‘Euro-centrism’ of his earlier writings.

While many theorists would like to divide Marx into an early, middle and late Marx, one cannot but see the continuity of his enquiry, and his basic commitment to the values of freedom, equality and justice that had propelled it throughout. He resisted closure and left his theories open to criticism, revision and rereading in changing historical contexts. That is why it has grown and branched out in new directions. There is hardly any discipline, from philosophy, economics, political science and historiography to sociology, psychoanalysis, epistemology, culture studies and aesthetics, not influenced in some way by Marx’s thought. Consider a part of this long growth list. Antonio Gramsci initiated new discussions about the ‘nation-popular’ and on popular culture. Rosa Luxemburg interrogated Lenin on his idea of the (totalitarian) state and upheld the freedom of the press and opposition in post-revolutionary USSR. Nicos Poulantzas redefined economic class as social class. Goran Therborn analysed what ruling class does when it rules. Louis Althusser fought the reductionist idea of the superstructure as a mechanical reflection of the economic base and emphasised the role of ideas in social change. Eric Hobsbawm tried to imagine a Marxism for the twenty-first century. Antonio Negri and Michael Hardt developed a thorough critique of the ‘Empire’ and put forward a theory of bio-political resistance. The list of thinkers who tried to extend, revise and reread Marx’s thought include Mikhail Bakhtin, Walter Benjamin, Ernst Fischer, Thomas Kuhn, George Lukacs, Raymond Williams, Terry Eagleton, Slavoj Zizek, Piero Sraffa, Maurice Dobb, David Harvey, John Berger, Thomas Piketty, Giorgio Agamben and Jacques Ranciere. The list also includes innumerable painters, sculptors, poets, playwrights and film-makers across the globe inspired by Marx’s vision of the future: from Maxim Gorky, Eisenstein, Pablo Picasso and Fernand Leger to Pablo Neruda, Bertolt Brecht and Jean Luc Godard.

The Indian Left has a daunting task on its shoulders – to develop theory and praxis that help understand, and respond creatively and radically, to contemporary Indian conditions. It will have to address its silences, fill the gaps; re-read Ambedkar and Gandhi in the light of the new context of the vulgar and paradoxical alliance of crony capitalism and divisive communalism; fight reductionism of every kind, redefine class in the context of globalised economy running on new technologies; learn to be more inclusive of subaltern sections including religious, ethnic and sexual minorities; take up the questions of gender, caste, race and history; fight for federalism lost in the actual over-centralising practices of the ruling class; develop a people’s alternative to the present form of democracy; liberate the people from false consciousness of every kind masked as ‘common sense’, and stick to its initial vision of egalitarian democracy characterised by the entry of the nameless into history.