The Plain of Aspiration 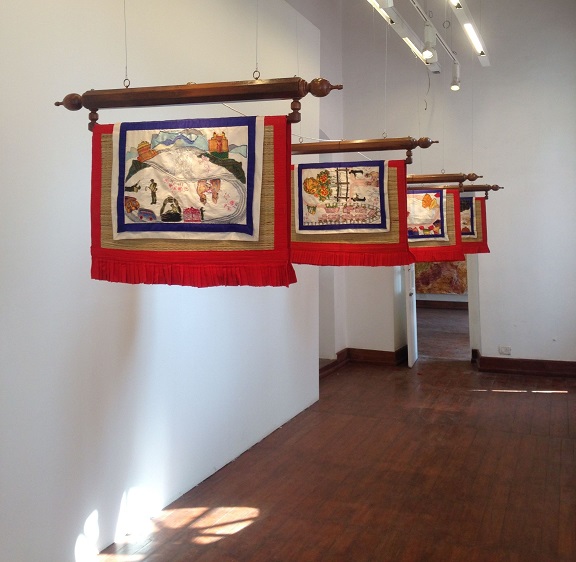 A photograph of the installation

The Plain of Aspiration is part of the larger project INTO EXILE.

Following the 14th Dalai Lama’s escape from Tibet into exile in India in 1959, over 120,000 Tibetan refugees have fled their homeland in an effort to practice and conserve the Tibetan way of life. Severely threatened by the increasing Sinicization of the Tibet plateau, the immensely rich religion, language, culture, heritage, and unique habitat of this peace-loving people today faces extinction.

INTO EXILE is an artist project that reflects upon this deeply problematic situation, especially the eradication and sacrifice of habitats, lifestyles and cultures to inevitable transformations in systems of government and leveling of social structures that became a phenomenon of the modern world. Largely developed from stories of exiled Tibetans, this project dwells on memory as a repository and re-creation of a culture, and the struggle to hold on to a cultural identity that is today severely threatened by two generations of Tibetans in exile who have never been inside Tibet.

The work in INTO EXILE draws heavily on the indigenous craft and textile traditions of Tibet, as also the religious symbolism, rituals, and practices of Tibetan Buddhism — all of which constitute the cultural pivot around which their society revolves.  The Tibet plateau lies contiguous with the high altitude plateaus of the Indian and Nepal Himalayas, which are the last unthreatened bastions of the Tibetan way of life.

For over a decade now, I have traveled to these and other locations on the “Buddha trail” — in the Indian subcontinent and in Southeast Asia. While some of these are historical monuments today, others are living heritage sites. Yet others are not heritage sites or monuments at all, but seats of living Buddhism. These journeys of inhabiting place trace the land; physical geographies that are intrinsically connected with the Buddha across the subcontinent and beyond.

The Plain of Aspiration is thus a mapping of movement and territory that positions a deeply personal travelling narrative of contested sacred geographies, traversing eight contested Buddhist sites that I have travelled to.

It is an interactive installation, where the work takes the shape of a traditional hand-pulled pankha — a familiar object in tropical countries up until the Colonial era. Its aesthetic manifestation here is intended to reference the functional, the performative, and the participatory. The fans are functional and viewers can pull them like the punkhawallahs of yore. Thereby, the work activates itself, and the viewer is invited to metaphorically ‘travel’ the map.

Paula Sengupta is an artist, academic, curator, and art writer. She is currently Associate Professor & Head of the Department of Graphics-Printmaking at the Faculty of Visual Arts, Rabindra Bharati University, Kolkata. Her recent projects focus on enforced migration and resultant physical and psychological displacement in the Subcontinent and its immediate environs. She is author of The Printed Picture: Four Centuries of Indian Printmaking published by the Delhi Art Gallery, New Delhi in 2012 and Foreign & Indigenous Influences in Indian Printmaking published by LAP Lambert Academic Publishing, Saarbrucken, Germany in 2013.