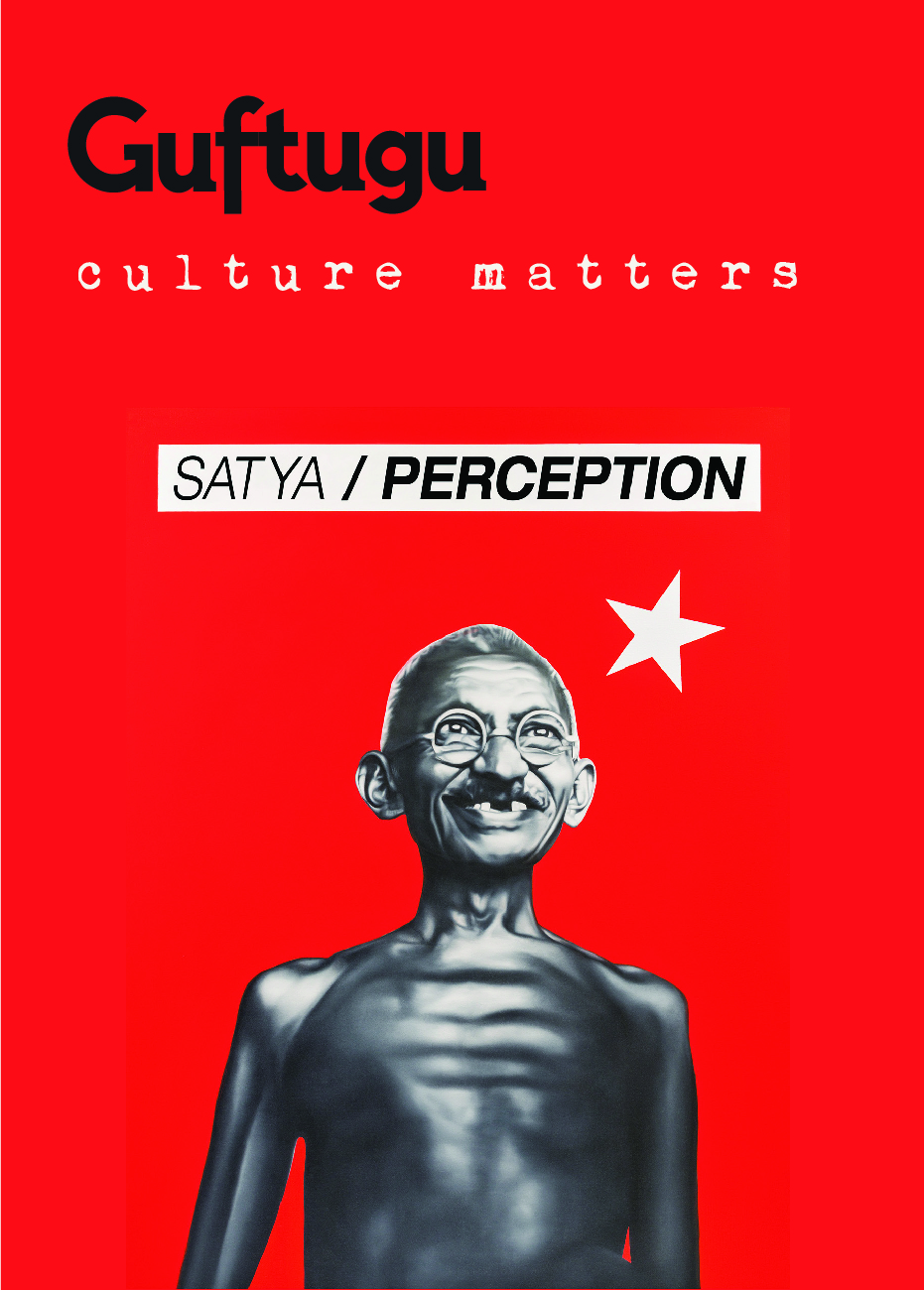 Riyas Komu was born in 1971 in Kerala, and moved to Mumbai in 1992 to study literature. Dropping out during his final year, Komu eventually obtained his Bachelor’s and Master’s degrees in Fine Art from the Sir J. J. School of Art in 1997 and 1999 respectively. The artist’s oeuvre, spanning several different media and genres, is particularly noticed for its strong political overtones. His paintings, to put it in his own words, carry a protest symbol one way or the other.