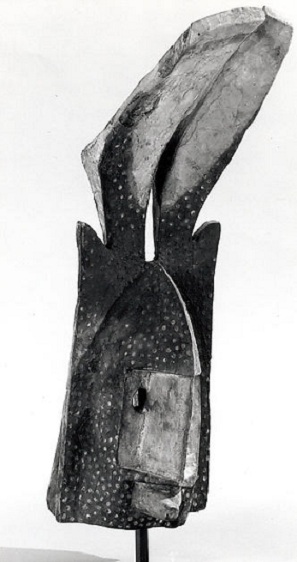 The doctor had warned me not to get into any new trouble before my arm healed.

Staying at home wasn’t my idea of fun at all. I liked to play tree-spotting and bird-watching in the jungle surrounding Madi. That’s how I had stumbled upon a rhino calf trying to wake his mother in the forest. He didn’t even know his mother had been shot dead. The poachers had sawed off her horn and the poor calf was trying to turn the cold bulk of his mother over to suckle milk. So, I grabbed a rhino bush and offered the baby rhino a twig full of black berries. But, he refused to eat.

I was angry and very upset by the time I reached the forest office to report the incident.

‘How is the girl, mister?’ a Tharu officer asked me.

‘Which girl?’ I said, puzzled.

‘The one who broke your arm,’ the Tharu replied, and everybody laughed.

‘Spare the kid,’ another Tharu said. ‘Let the missus handle it!’

I had had enough fun made out of me for a day. I turned back and pretended to return home when they finally stopped fooling with me and asked me the purpose of my visit. After listening to my hurried account, they asked me to take them straight to the dead rhino.

‘Looks like it was shot two-three days ago,’ one Tharu said. ‘Let’s get the keta away from her.’

The poor calf snorted and squealed as the forest officers struggled to load him up on their jeep. I tried not to think about him but I couldn’t stop it. His cries were heartbreaking.

I was nine when my mother was killed in a bus explosion. I am not the only orphan of the Madi bombing. Over 50 civilians perished in the explosion. After she was gone, there was no one to take care of me. My two elder sisters had been married off already . And my father, who was a Hindu Bahun priest, would leave early in the morning and often return only late in the night. I was mostly alone in the house and I didn’t like to go to school. The other Bahuns’ kids would swear, cough and pretend to spit in disgust when they saw me coming because my father was a communist. He helped perform funeral rites—antyesti—of the crazy red rebels who opposed the corrupt durbar of jackals and thieves.

The night of this terrible encounter in the jungle, I had a strange dream. I found myself picking berries from the rhino bush with my tongue. When I woke up, I couldn’t stop myself from considering the possibility that I might have been a rhino in my previous life!

I returned to the crime scene early next morning. It was cold and misty. There was a wide trail on the mud going in the direction of the forest office. The Tharus must have tied the dead rhino and dragged it to their office with their jeep.

There was still some blood on the soil where the rhino had been killed. I bent down and collected the bloody soil in my right fist—it was cold like ice. The jungle was quiet, probably still asleep. I walked to the bank of Rapti, hunched over, and emptied my fist above the water. A Sanskrit sloka burst out of my lips as the river erased the trace of human sin.

I had no intention of becoming a priest like my father. That was the only antyesti I ever did.

Even today, I get surprised when I try to pick berries from the rhino bushes with my tongue. It is too easy—almost as if I have a natural talent for it; and the rhino’s soul is in me.

Salik Shah is a writer, editor and film director based in New Delhi. He edits the Mithila Review, a quarterly journal of international science fiction and fantasy. His poetry and fiction has appeared in leading publications including Asimov’s Science Fiction, Strange Horizons, Vayavya, Juggernaut, and La.lit. You can find him on Twitter: @salik. Website: http://salikshah.com.