A Fisherman Beyond Time 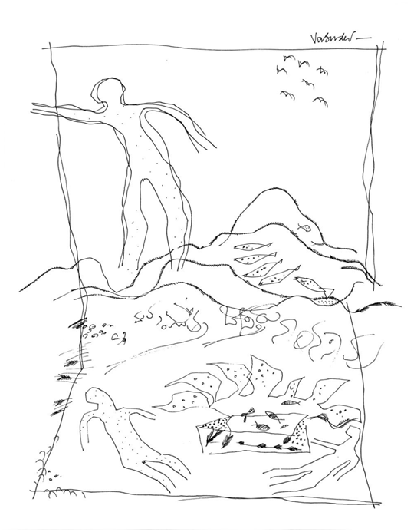 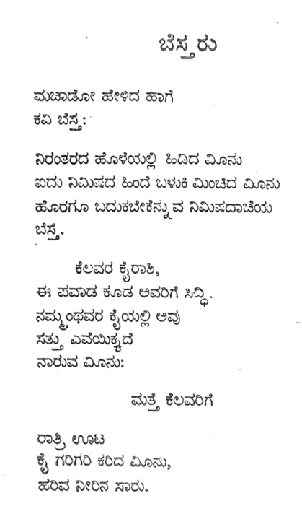 As Machado said,
a poet is a fisherman.
A fisherman beyond time
wishing that the fish caught in the ever-flowing
stream.
a fish that shook and shimmered five minutes ago,
will live even out of water.
For the lucky few,
it is no miracle. They make it happen.
But in the hands of some like us,
it’s nothing more than dead fish
rotting and with unblinking eyes.
For some others,
it’s dinner.
A dish of crisp fried fish
and rasam of flowing water

Fisherman, Kuntobille, a collection of poems in Kannada by A.K. Ramanujan, translated into English by B.C. Ramachandra Sharma. 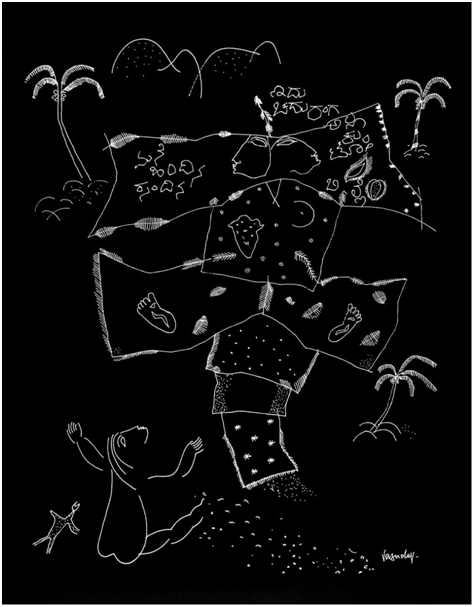 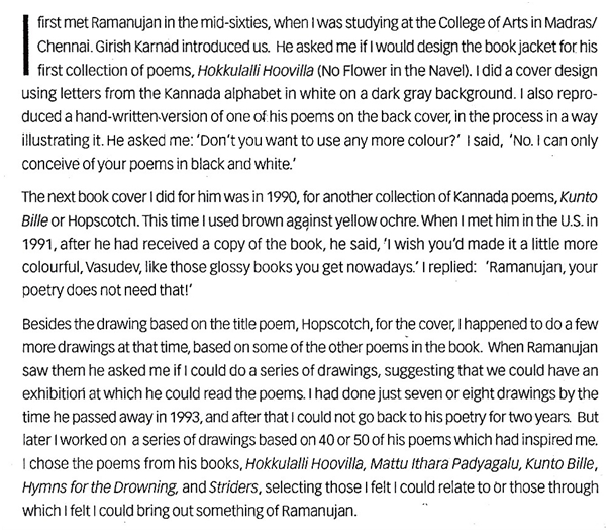 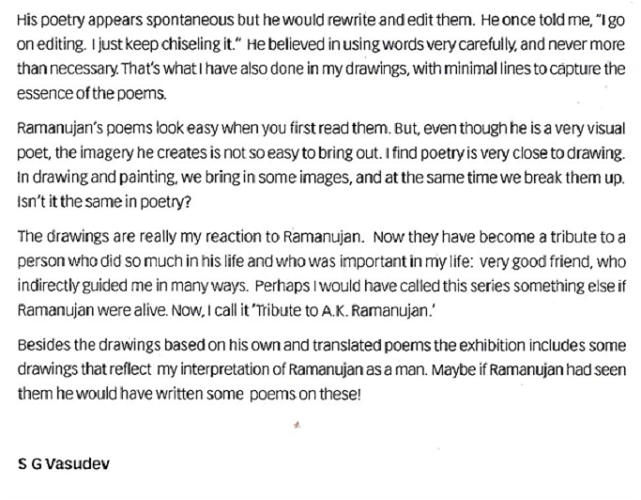 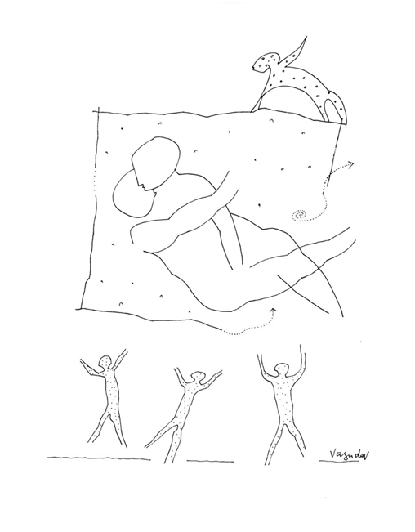 Only sculpture proves
that ghosts copulate
with stone
even when people are looking.

Sculpture; Excerpts from Father’s wisdom, The Striders, a collection of poems in English by A.K. Ramanujan. 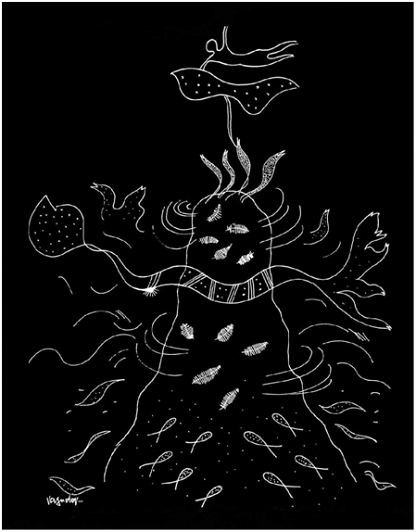 A ship drowning,
calling out for help
in a lashing sea.
I tossed in the ocean of births
when the lord
in his splendour
bearing wheel and conch,
called out to me : “O.O. you there!”
showed me his grace.
and became one with me.

A Ship Drowning, Hymns for the Drowning, poems for Vishnu by Nammalvar, translated from Tamil into English by A.K. Ramanujan. 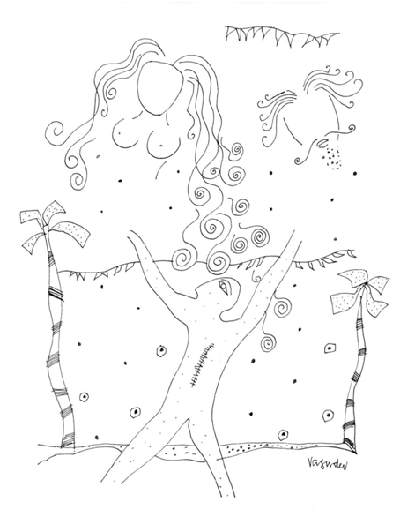 If they see breasts

If they see
breasts and long hair coming
they call it woman,
if beard and whiskers
they call it man:
but, look, the self that hovers
in between
is neither man
nor woman
O Ramanatha

If they see breasts, Speaking of Shiva, Vachanas in Kannada translated into English by A.K. Ramanujan.

Poems © The Estate of A.K. Ramanujan.

Attipate Krishnaswami Ramanujan  (16 March 1929 – 13 July 1993) also known as A.K. Ramanujan was an Indian poet and scholar of Indian literature who wrote in both English and Kannada. Ramanujan was a poet, scholar, a philologist, folklorist, translator, and playwright.

S.G. Vasudev obtained his diploma from the Government College of Arts in Chennai. He has won several awards, such as the National Award from the Lalit Kala Akademi, New Delhi. His works have been included in important national collections, and have travelled widely all over the world. He is a founder member of the Cholamandal Artists’ Village in Chennai. He lives and works in Bangalore.