An Essay on Tragic Thought 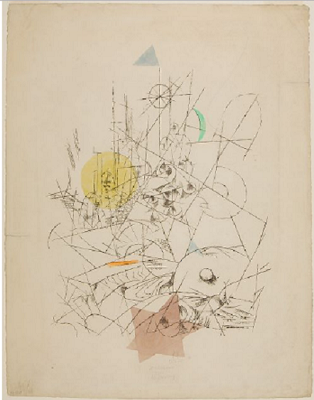 The Decision of Existence

Sometimes, suddenly in our life, we encounter the moment of decision that we can’t evade: either we become slavishly complicit with the princes of the world, wash their feet, and get petty morsels of worldly benefits that fall from their table; or, we are ready to give up, if necessary, many worldly benefits, but, retain our absolute fidelity to truth, to one’s own conscience, knowing that truth is always persecuted. Where should we go: towards the narrow and straight way; or, towards the wide way where crowds of multitude throng, the road where everything we see is crooked? Every great decision is always either/ or – as Søren Kierkegaard likes to say – and there is no middle path. In fact, the middle path is the great illusion of the petty bourgeoisie. There are only two ways in life, for every third or fourth way is still only the second way; for truth is always the singular and irreducible. It can only be a one-way street.

This is the essence of tragic thought: the thought of the two in their incommensuration; there is no dialectical third to totalise and include this disparate within it. To live tragically, is to live at the extreme limit of thought where decision occurs out of the abyss of freedom. Not deciding, that is, not assuming freedom too, comes already out of the abyss of an inscrutable freedom. In a certain way, we are already decided, and we have already decided what we are. This essential decision is already the decision of existence itself, out of the abyssal freedom. The only thing is to follow the decision of existence to its limit, and then see what happens there.

What erupts, out of this decision, is nothing less than the radical demand of the unconditional. One may call it truth or justice. This unconditional demand can never be arrived at in a calculable process of conditioned negotiations of practical politics. To talk it out with the other party in a roundtable style approach, where each one plays his/ her card, and to see how much each one is ready to negotiate to arrive at the conditioned solution of mutually negotiable demands: this is the gravest illusion of the secular parliamentary democracies. It does not know anything of the unconditioned demand of life, of justice and truth. It flattens out everything into the conditioned politics of practical negotiations.

Thought tragically, there is, then, a limit of dialogue. For example, what is there to conduct a dialogue with an establishment that has replaced all speech with horror, where every word is a murder, where every sentence is an annihilation of humanity? All talk of ‘reformation’ – which any of the established regime always evokes – that only maintains the homogeneity and continuum of the evolutionary scale, where only the fittest survives after a struggle of life and death: all such talk is sheer complicity from the perspective of the vanquished, and those who are oppressed by history. Their claim of justice is so absolute that only the unconditioned satisfies them; the rest is only untruth and a betrayal of the truth.

The tragic decision demands an infinite contestation: not the contestation of one hegemonic regime trying to establish another regime to come, but infinite contestation of any and each hegemonic regime in one place, at any point of time. The tragic thought, thus, introduces the thought of death into politics: in operation of any hegemonic regime, phantasm destitutes the regime that it anchors. We must be able to find out, with infinite vigilance, the phantasm that operates, supports and anchors the hegemonic regime; then uproot it from its ground, and exhibit it as what it really is: a mere phantasm and not truth, a mere myth and not history. For all hegemonic regime is mythically founded; in other words, it is based upon a fiction or a phantasm, whether it is the racist Aryan identity for the Nazis, or communism for Stalin, or our very own Aryan nationalism. The tragic thought must pierce through the mythic phantasm of the political regime at place and unravel, interrupt and de-constitute the law of its being. It is poetry, art and philosophy that bear that cry which pierces through the murderous speech of the hegemonic regime. This is why art and philosophy are the highest activities of the human race. This is why every hegemonic regime would either like to appropriate and domesticate the artist and the philosopher and the writer; or, it would like to banish them from the regime. In any case, the poet, the philosopher and the artist, are inhospitable to the constituted order of the political regime; by their mere presence and by their mere insubordination they exhibit the truth that is indigestible and an inhospitable remainder of the world. This is the paradox par excellence: by their very being at the limit of the world, they salvage the world from the shipwreck of humanity.

Only infinite contestation, already opened by an opening of pure affirmation, can keep our world open to the futurity to arrive. It is poetry, art and philosophy, emerging from the depth of the dark earth that keeps the promise of the new future for humanity alive. When everything is said and done, and at whatever stage of progress or regress humanity finds itself, it is this promise alone that remains fruitful, the promise and the truth are always wounded and persecuted in the world. That is why, each time, we need to rescue it from hegemonic regimes through an infinite contestation.

The infinite contestation must be unleashed each time, infinitely, here and now, especially today, and at this precise place more than ever before. When the destruction of the life of the spirit is nearly complete (the destruction of the University life in this country, under the regime at place, is only one example among many), when ‘the document of barbarism’ (Walter Benjamin) behind the glorious civilisation called India is now revealed to us in the broad day light of history in all its ugliness and horror; it is precisely here and now that we need to unleash the infinite contestation in its purity and infinity.

The space of the University is not one space among many of a national life. It is the very space, the only remaining space in today’s world, which conserves and preserves the life of the spirit. It is out of this space alone, in today’s world of advance capitalism, of mass consumption, that the spirit can unleash the infinite contestation in the name of purest affirmation. By infinitely interrogating the hegemonic regime which constantly serves the interest of the dominant class/ caste/ gender, the community of teachers and students within and outside the space of the University affirms a form of life freed from the cages of the law; a life liberated from the bondage of any oppression.

This is why the hegemonic regime and its intellectual servants have recently made attempts to depoliticise the space of the University, and purge any elements of the spirit of questioning and thinking. These attempts of the conservative regime to de-politicise education mean nothing other than the following: that we should accept their domination without critique, subversions, deconstructions and resistances. It is not for nothing that the dominant regime – this one at place particularly – always prefers technological education which is supposed to be politically neutral. The truth is that, technology is never politically neutral: not only are the technologists and scientists often, politically and socially, the most regressive ones, but technological domination has always gone hand in hand with political and social domination. Therefore, it is not surprising that our pseudo-mystics who revive some obscurantist elements of Hindu mysticism, often eulogise technological power. By selling us the cheap idea of technological progress, the mystics of political authority want us to also buy their authority and domination in the name of progress. We can find the secret of this nexus here. This nexus constitutes the mystic foundation of political authority. All legitimacy-seeking authority evokes myth as the very foundation of political domination.

Hic et nunc! Here and now, the decision of existence must be reached on the basis of the immeasurable of either/ or, and it is only from within this space called the University, where such decision may erupt and upsurge: the decision to say ‘no’ to any oppression and domination, and the refusal to accept injustice, in the name of an absolute justice or truth. Such form of life that we call here the ‘spiritual life’, cultivated within the space called the University, is not the life of fragile beauty untouched by death and sacrifices, but the tragic life par excellence that never ceases to declare, even at the instance of death, that immortal ‘No!’. And here, too, we know how truth is always persecuted. This declarative speech ‘No!’ is, however, only another way of saying ‘Yes’ to the absolute justice which is not yet but soon to come, yet coming, just after a little while.