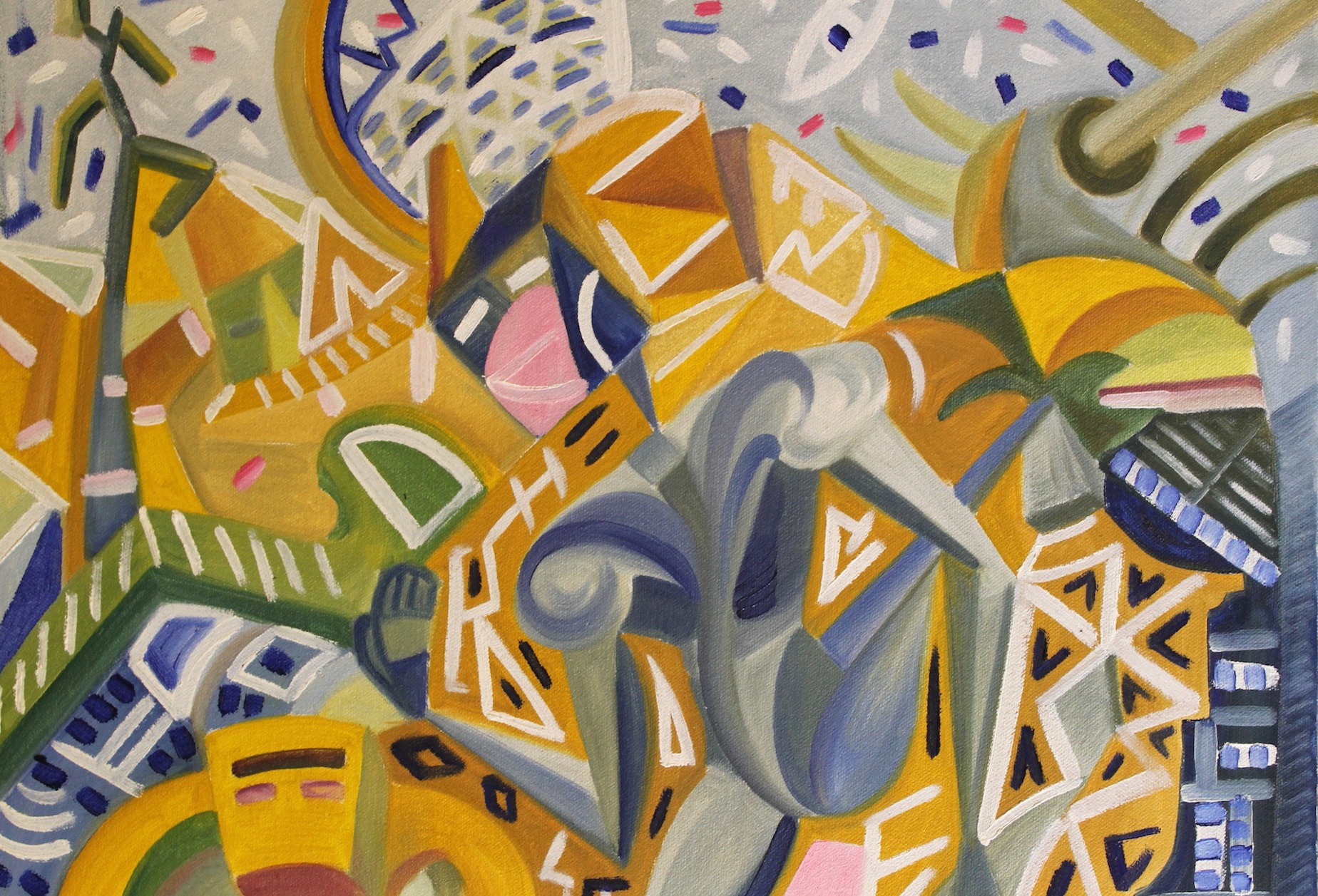 Inside Al-Madina Souq
The market that once glittered
With silver coins and golden gifts,
Chocolates and popcorn
Lingerie and skirts
lay toppled from
somersaulting shopping trolleys
caught between
cannons and rocket warfare

Mounds of dried tears
stuck in hollowed eyes
gape into the stony void
of the tomb
Rosy cheeks by the hundred,
Split by bombs and explosives,
Wrapped in dust and scum
Plead for the kiss of the lover,
the lap of the mother

In the web of cracks
On the walls of the
Citadel of Aleppo, the piercing
Screams of children vibrate
Into the alleys, like lightning
up and down
And sideways, with no relief
In sight

The rest are crowds of
left-over
women, men and children
fleeing with their prayers
rolled up in their sleeves
babies and bags on their backs

Something is Rotten in the State of Denmark

“Who is there?
Horatio, speak to me,”
thunders the cloud-dark-son of King Yayati.
Slithering in moonbeams,
the dark, hoary night suddenly splits into a hiss:
“I am murdered,
most foul and unnatural murder,
avenge me, Son.”

Skulls in hand,
pimps, prostitutes, gravediggers and thieves
march with irregular armies of cows, goats and buffaloes,
mourning the death of their eunuch King.
Lips painted with hebenon,
Queen-mother
sleeps with the war-bleached body of the Aswamedha horse
to celebrate the victory of lecherous Pythagoras
across strange territories.

Listen Horatio! Now you know
why I am a pagan lacking the courage to take revenge and chant AZADI.
I must reveal the secret.
Wearing the body of my father,
Uncle Indra — adulterate beast with a thousand wicked eyes,
sneaked into the horse’s body
and mated with his conquered booty,
till all the clocks in Denmark fell silent, quartz again.

Her secret desires fulfilled,
she felt Infuriated,
and killed the horse with the ritual knife at first stroke of daybreak,
threw the slaughtered parts in the holy fire,
sniffed the Vedic scent of smoking fat,
spit out old banished Gods in disgust,
and freed herself from the sin.
O, horrible! O, horrible! O, horrible!

Who is there?
Horatio, answer me.
I see the shadow of a dead horse enter me;
I become like my father — cursed in blood.
My revenge on the smiling damned villain has robbed me of my soul —
‘blood will have blood’, only.
I must die now.
Horatio, I am neither a good nor bad Hamlet.
Prostrate from ancient fatigue,
the four-legged shadow of the ghost neighs out:
The Truth! The Truth! 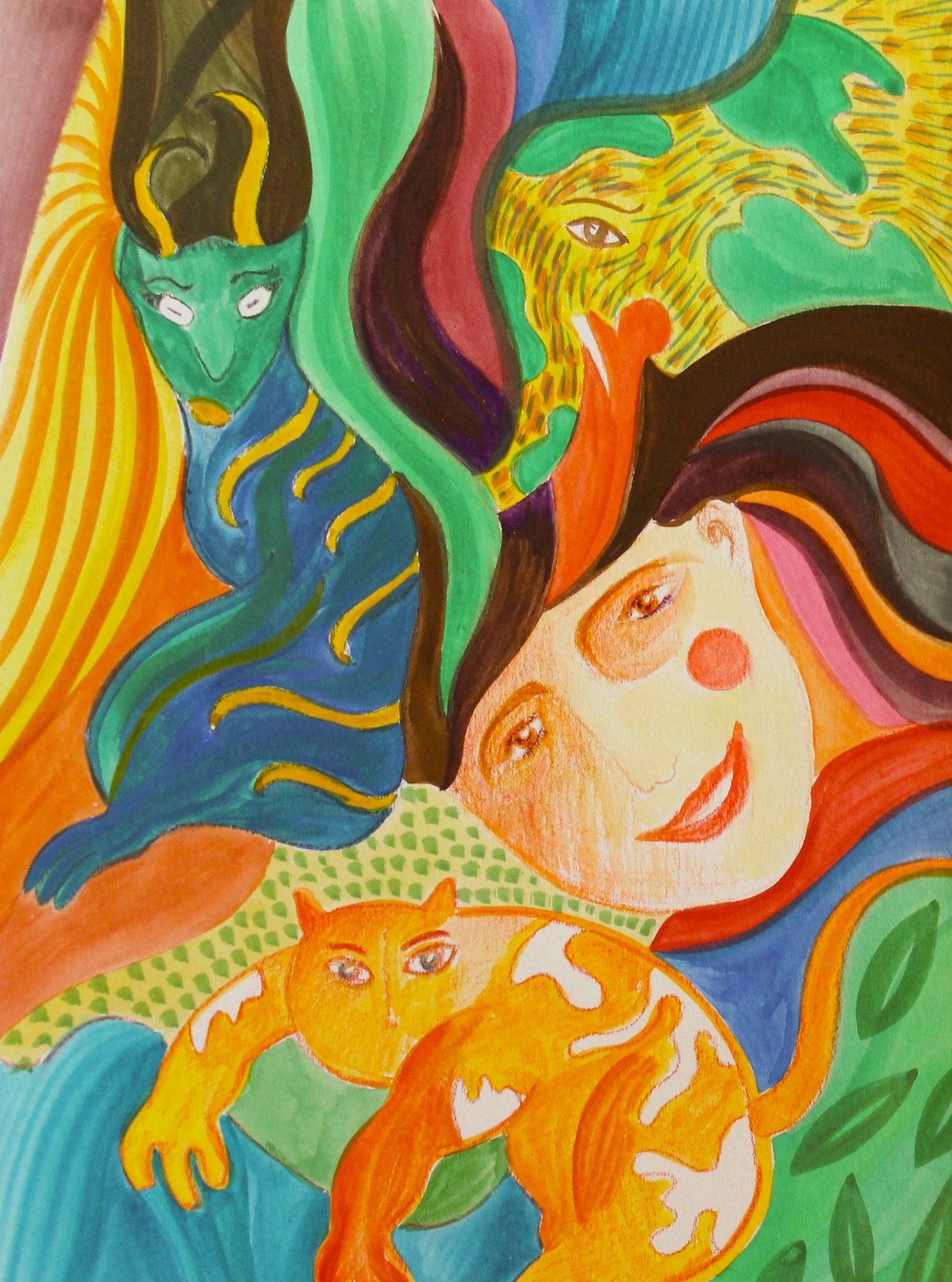 A shorter version of ‘Something is Rotten in the State of Denmark’ was published in the brochure of the Mumbai NCP Literature Live Fest 2016. Author’s note: In this fantasy poem, Hamlet is adapted to the mythical tale of King Yayati, the puranic king who exchanged his old age with Puru his son and enjoyed life’s pleasures with his consort queen. Indra is Hamlet’s uncle Claudius and the aswamedha yajna, a symbolic ritual horse sacrifice performed by the royal queens of ancient Indian kings to mark the limits of their universal empire. The poem signifies a protest against the rising furies of Intolerance, Xenophobia, Racism and Sexism in India.

Sukrita Paul Kumar is a well-known poet, translator and educator. She held the Aruna Asaf Ali Chair at Delhi University till recently, and has been a fellow of the International Writing Programme in Iowa, U.S.A., the Indian Institute of Advanced Study in Shimla, and the Hong Kong Baptist University. She is an honorary faculty member of the Durrell Centre at Corfu, Greece. Her books include Dream Catcher, Untitled, Poems Come Home (with Hindustani translations of her poems by Gulzar), Narrating Partition, Conversations on Modernism and The New Story.

Ashwani Kumar is a poet and professor of development studies at the Tata Institute of Social Sciences, and a senior fellow of the Indian Council of Social Science Research. He is author of the acclaimed non-fiction work Community Warriors (Anthem Press, 2008). His poems have appeared in Indian Literature, Muse India, Post-Colonial Text, International Gallerie and the Dhauli Review, among other publications. He has published two volumes of poetry, My Grandfather’s Imaginary Typewriter (Yeti Books, 2014) and Banaras and the Other (Poetrywala, 2017).