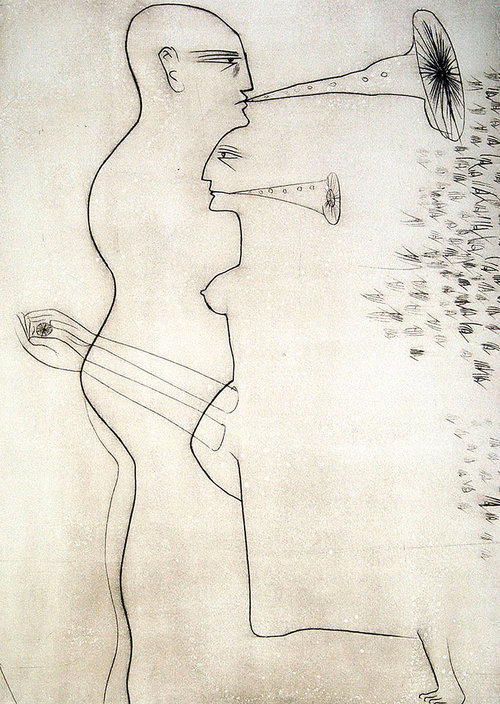 “Savi, as he is popularly known… [has] struggled to evolve a space for dalit art and imagery in the realm of art gallery exhibiting space… He is the first dalit artist in the country who has dared to aestheticise dalit themes in mainstream contemporary art practice. Savi challenged the boundaries of main-stream aesthetics in terms of weaving pictorial signifiers that… defies hegemony. His works are located in the realm of countering the Brahmanical hegemonic practices by articulating voice for the voiceless…”

On the occasion of Rohith Vemula’s birthday on January 30th, Guftugu expresses solidarity with his life of struggle, and that of all the Rohiths in India today.

Artist Savi Sawarkar recounts dalit identity through a counter-aesthetic. Poet Meena Alexander reminds us of the texture of Rohith Vemula’s caste-defined life and death, with his last letter as the centre-point. Artist Orjit Sen dedicates to Rohith Vemula a graphic retelling of another story of resistance, that of Nangeli.

Death of a Young Dalit

Trees are hoisted by their own shadows
BLANKAir pours in from the north, cold air, stacks of it
The room is struck into a green fever
BLANKStained bed, book, scratched window pane.
A twenty-six-year-old man, plump boy face
aaaaaSets pen to paper – My birth
Is my fatal accident. I can never recover
BLANKFrom my childhood loneliness.
Dark body once cupped in a mother’s arms
BLANKNow in a house of dust. Not cipher, not scheme
For others to throttle and parse
BLANK(Those hucksters and swindlers,
Purveyors of hot hate, casting him out).
BLANKSeeing stardust, throat first, he leapt
Then hung spread eagled in air:
BLANKThe trees of January bore witness.
Did he hear the chirp
BLANKFrom a billion light years away,
Perpetual disturbance at the core?
BLANKThere is a door each soul must go through,
A swinging door –
BLANKI have to get seven months of my fellowship,
One lakh and seventy thousand rupees.
BLANKPlease see to it that my family is paid that.
She comes to him, girl in a cotton sari,
BLANKHolding out both her hands.
Once she loosened her blouse for him
BLANKIn a garden of milk and sweat,
Where all who are born go down into dark,
BLANKWhere the arnica, star flower no one planted
Thrives, so too the wild rose and heliotrope.
BLANKHer scrap of blue puckers and soars into a flag
As he rappels down the rock face
BLANKInto our lives,
We who dare to call him by his name –
BLANKGiddy spirit, become
Fire that consumes things both dry and moist,
BLANKRuined wall, grass, river stone,
Thrusts free the winter trees
BLANKFrom their own crookedness, strikes
Us from the fierce compact of silence,
BLANKIgniting red roots, riotous tongues. 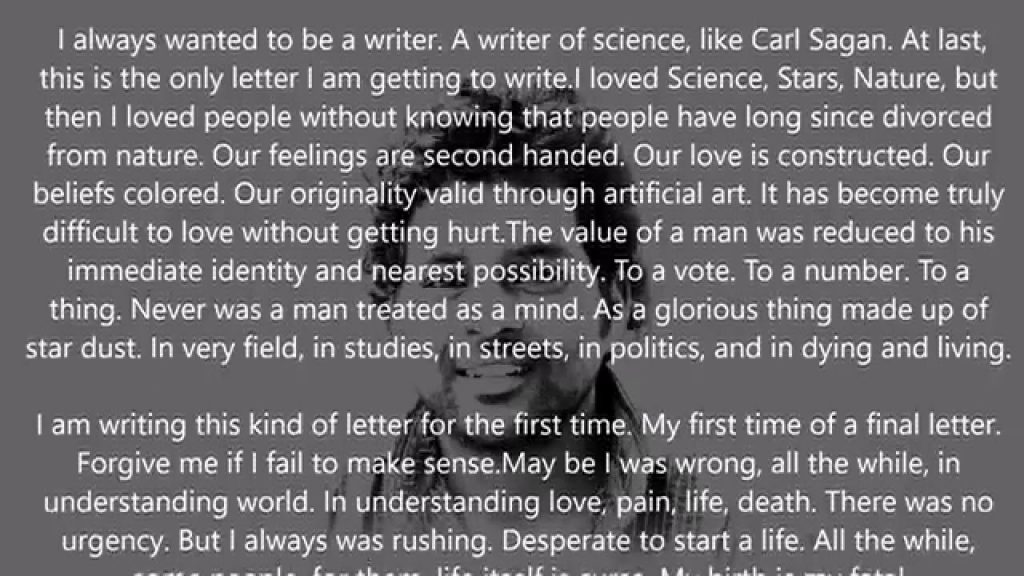 When I was twenty-four I lived in Hyderabad. There was a neem tree in the garden of The Golden Threshold, once the home of the poet Sarojini Naidu. It is now the site of the new Central University. When time permitted, I would sit in the shade of that tree, shut my eyes and dream. Then, as now, images came to me, and I tried to craft a few lines of poetry.

I returned to the city several times. In early January 2016 I attended the literary festival. I met Nayantara Sahgal after a gap of many years. As I listened to her give the keynote address at the festival, I was inspired by her courage. I was learning afresh what it means to live in a time of difficulty, what it means to bear witness. Later that month, news came that a Dalit student at the university had killed himself – a tragic act of protest that resonated throughout the country. He left a haunting letter for us to read. I have included lines from his letter, and set them in italics in my poem.

Night after night as I worked on this elegy, the wind and winter chill commingled with the memory of rocks and stones and trees in a city I loved. I was consumed by the tumultuous hope and the very real despair of a young man I had never met.

Today, as in 2016, young people like Rohith Vemula still hear the message of a caste-ridden India: You cannot see your dreams soar. The message they hear bears the history of centuries of inequity; a thousand stories of barbaric humiliation. But equally important is the narrative of struggle – today, on the streets, in fields, villages, classrooms, courts, toilets.

This struggle also has a history in every part of India. In Kerala in the early nineteenth century, there is the story of Nangeli, who protested against one of the ugliest of oppressive taxes: the lower caste was only allowed to cover their breasts if they paid a tax, Mula Karam, to the government. Nangeli protested by giving the tax collector her breasts, cut off with a sickle. She died to bring an end to the breast tax system. 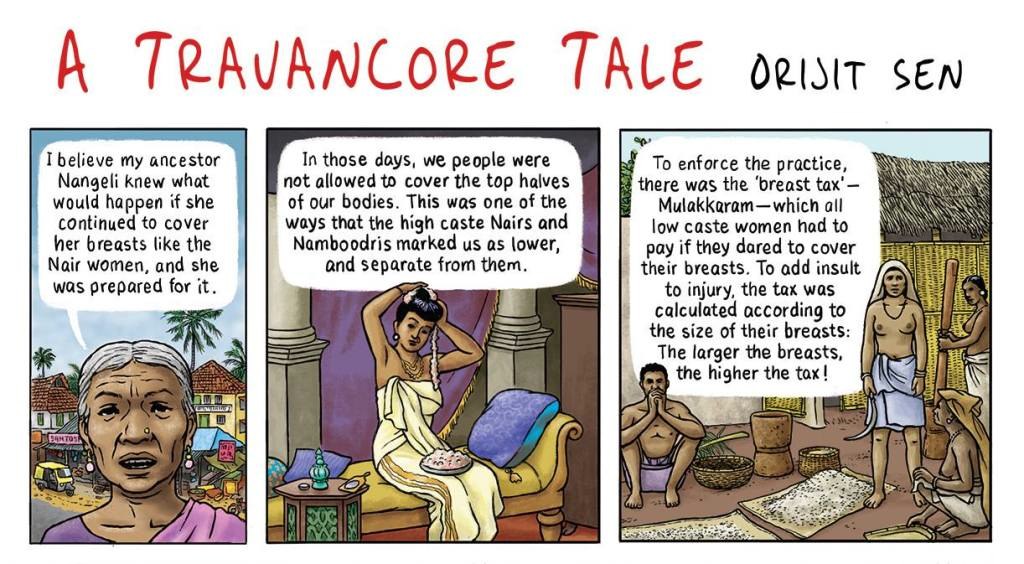 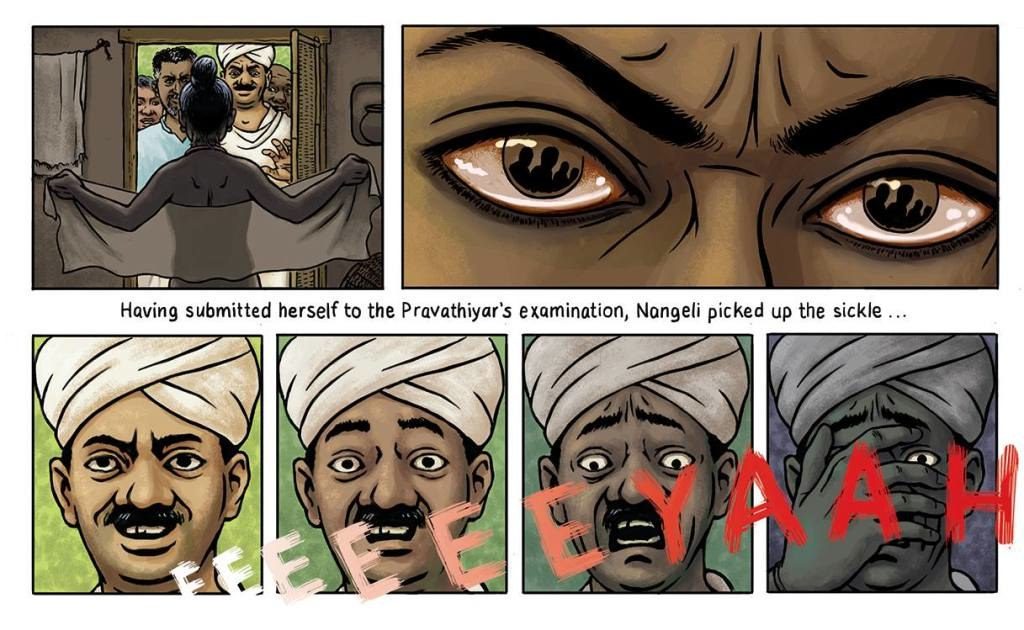 Savindra “Savi” Sawarkar was born into a Mahar family that converted to Buddhism under the influence of Ambedkar. He has had numerous solo shows in India and elsewhere; and all his works challenge brahmanical hegemony; struggle with the creation of a Dalit aesthetic; and work toward the annihilation of caste. For more, see savisawarkar.arttimes.in.

Graphic artist, cartoonist, muralist and designer Orijit Sen is author of the graphic novel River of Stories as well as many other works of graphic fiction and non-fiction. He is one of the founders of People Tree – a collaborative studio and store for artists, designers, and craftspeople. Sen is also Miranda Chair Visiting Professor at Goa University.