The lyrics for this track were sourced by Shubha Mudgal and Aneesh Pradhan from Amritlal Nagar’s fascinating book on courtesans/tawaifs titled Ye Kothewaliyan, first published in the 50s in a hardcover edition. 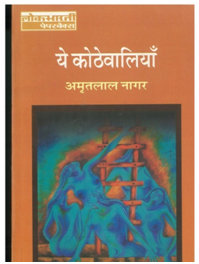 Amritlal Nagar quotes from a previous publication, Varvadhu Vivechan (Sahitya Sadan, Amritsar, 1929), to make the point that amid the clamour of reformist movements against tawaifs, Mahatma Gandhi addressed a “Tawaif Sabha” in Kashi, now Varanasi. Husna Bai, a veteran singer from Kashi chaired the Sabha, and a transcript of her speech on the occasion is said to have been included in Varvadhu Vivechan. She is supposed to have urged tawaifs to participate actively in the struggle for independence. She is also said to have acknowledged the contribution of Vidyadhari Bai, then an acclaimed singer of Kashi, in organising the Sabha. Amritlal Nagar then wrote to Vidyadhari Bai asking for information about the Tawaif Sabha in Kashi. He received a response from the ageing singer. Vidyadhari was about 86 years old when she wrote to Nagar. She apologised for not being able to remember facts clearly, but recalled Mahatma Gandhi’s request to perform songs of resistance and protest against British rule, at the many riyasats she was invited to.

Taking Gandhi’s request to heart, Vidyadhari Bai would include protest songs in her recitals, which were often conducted under strict police surveillance.

The lyrics to the track चुनचुनकेफूललेलोअरमानरहनजाये, येहिन्दकाबगीचागुलज़ाररहनजाये… have been extracted from those Vidyadhari Bai sent to Amritlal Nagar. She did not provide any notation or reference to melodic composition. The current composition could be described as a reconstruction of the song by Aneesh Pradhan.