Camera by students of the iLead Institute, edited by Radha Mahendru

Chitpur Local is a social art project that was initiated in November 2013 by Hamdasti, a Kolkata based collective of artists, at Chitpur Road, one of Kolkata’s oldest roads. Chitpur is the main artery of the erstwhile “Black Town”. Chitpur’s palatial houses were juxtaposed with bustees, and its historic cultural centres of Bengal Renaissance coexisted with the more colloquial centres of cultural production. 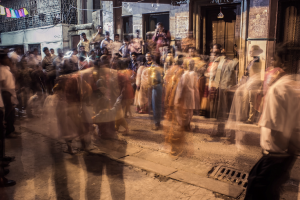 The project is centered on one particular neighbourhood known as Jatrapara, or Battala, which was the hub of popular traditions like Jatra (travelling theatre), printmaking, publishing, jewellery-making and bamboo crafts. 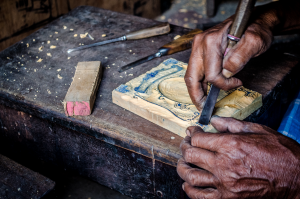 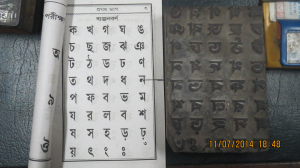 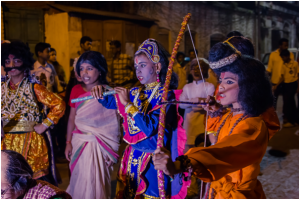 It is also a neighbourhood with a history of shared spaces – private courtyards, bookshops, public street corner rowaks (platforms), that were once the focal points of interaction and cultural engagement. As artists exploring the role of the arts in communities, public spaces, trade, and even education, we were drawn to these local cultural traditions and platforms that were once an integral part of every facet of this community. Our project brings together a collective of artists, local students, teachers, residents and shop-owners in order to re-activate the spaces of this locality as shared cultural spaces for the community. 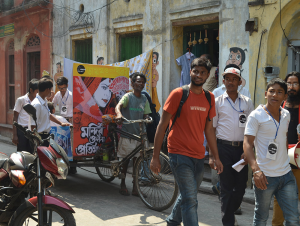 Over the past two years the project has constantly evolved in order to test and enact new ways of activating this locality’s spaces and traditions. Starting with the small step of mapping the area and its diverse narratives, we developed three public projects at three sites. The projects included a pop up museum in the courtyard of the De residence, a card game that triggered a process of remembering the narratives of the community that was played at street corners, and story boxes for a historic bookstore. 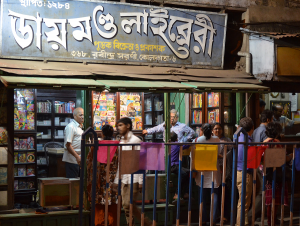 Our experiments culminated in a Public Art Festival in the locality in March 2015 that deepened community networks and helped us reach out to wider audiences. 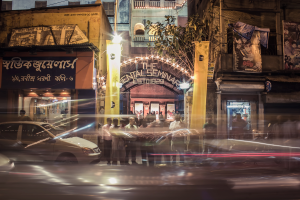 It helped us to collectively imagine new possibilities for the future of this locality. Since then we have been incrementally testing ways of appropriating these projects and developing new initiatives that can be taken forward independently. The festival led to the creation of new products for local craftsmen and businesses, a network of supporters for the local school, the design of an afterschool curriculum, increased visibility of local stores, as well as numerous other smaller relationships within and outside the community. Some of these are continuing to grow while others fade with time. 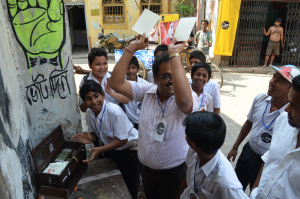 In 2016, we continue to explore the potential of social art practices to build collaborations, shape new relationships, and catalyse engagement and action. Through an exhibition at Studio 21 Gallery in Kolkata, with intensive public programs over two weeks, we created a laboratory for critiquing our journey so far. It helped in developing new ideas for social art practice, developing a collective of artists exploring social art practice in Kolkata and  building new proposals for the future.

Note: The project was supported by the India Foundation for the Arts between January and June 2015.