Palestine Comes to India with its Poetry 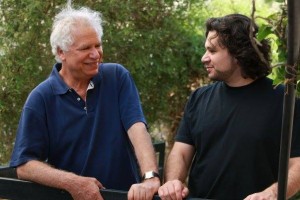 In March 2016, Delhi was the setting for a powerful session of poetry reading in the original Arabic as well as in English translation by two generations of Palestinian poets. The great Palestinian poet and memoirist Mourid al-Barghouti, and his son and probably the most acclaimed Arab poet of his generation, Tamim al-Barghouti, delighted, dazzled and moved the audience with their julgalbandhi of poems. The English translations of the poems were by the late Egyptian novelist Radwa Ashour and the award-winning Egyptian writer and political commentator Ahdaf Soueif, who also chaired the session. The poetry reading was part of an event, Palestine in India, organised by the feminist publishing house Women Unlimited, Delhi. 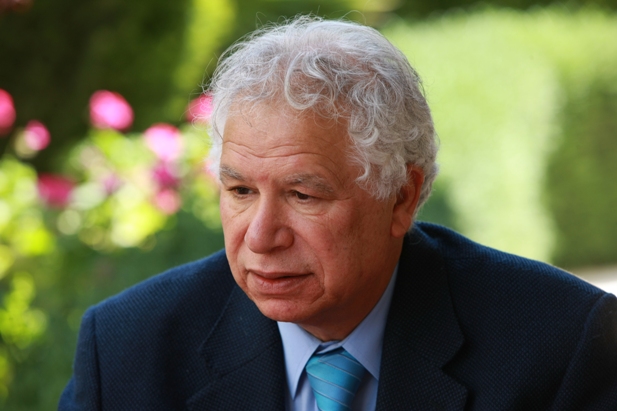 In an interview with the Indian Cultural Forum, Barghouti spoke about poetry as a form of resistance. Its aesthetic perfection is an answer to injustice, refusing to be a failure, refusing to be ugly, refusing to be what the occupier sees you as, says Barghouti. The optimism that runs through the following poem with the understated but potent refrain “I have no problem”, defies the oppression and suffering imposed by powerful forces.

I Have No Problem

I look at myself:
I have no problem.
I look all right
and, to some girls,
my grey hair might even be attractive;
my eyeglasses are well made,
my body temperature is precisely thirty seven,
my shirt is ironed and my shoes do not hurt.
I have no problem.
My hands are not cuffed,
my tongue has not been silenced yet,
I have not, so far, been sentenced
and I have not been fired from my work;
I am allowed to visit my relatives in jail,
I’m allowed to visit some of their graves in some countries.
I have no problem.
I am not shocked that my friend
has grown a horn on his head.
I like his cleverness in hiding the obvious tail
under his clothes, I like his calm paws.
He might kill me, but I shall forgive him
for he is my friend;
he can hurt me every now and then.
I have no problem.
The smile of the TV anchor
does not make me ill anymore
and I’ve got used to the Khaki stopping my colours
night and day.
That is why
I keep my identification papers on me, even at
the swimming pool.
I have no problem.
Yesterday, my dreams took the night train
and I did not know how to say goodbye to them.
I heard the train had crashed
in a barren valley
(only the driver survived).
I thanked God, and took it easy
for I have small nightmares
that I hope will develop into great dreams.
I have no problem.
I look at myself, from the day I was born till now.
In my despair I remember
that there is life after death;
there is life after death
and I have no problem.
But I ask:
Oh my God,
is there life before death?

Click here to listen to Mourid Barghouti recite the translation at the end of his interview on the Indian Cultural Forum site.

“We have been subjected to massacres at intervals throughout our lives. Thus we find ourselves competing in a race between quickly realised mass death and the ordinary life that we dream of every day. One day, I will write a poem called “It’s Also Fine.”

It’s also fine to die in our beds
on a clean pillow
and among our friends.

It’s fine to die, once,
our hands crossed on our chests
empty and pale
with no scratches, no chains, no banners,
and no petitions.

It’s fine to have an undustful death,
no holes in our shirts,
and no evidence in our ribs.

It’s fine to die
with a white pillow, not the pavement, under our cheeks,
our hands resting in those of our loved ones
surrounded by desperate doctors and nurses,
with nothing left but a graceful farewell,
paying no attention to history,
leaving this world as it is,
hoping that, someday, someone else
will change it. 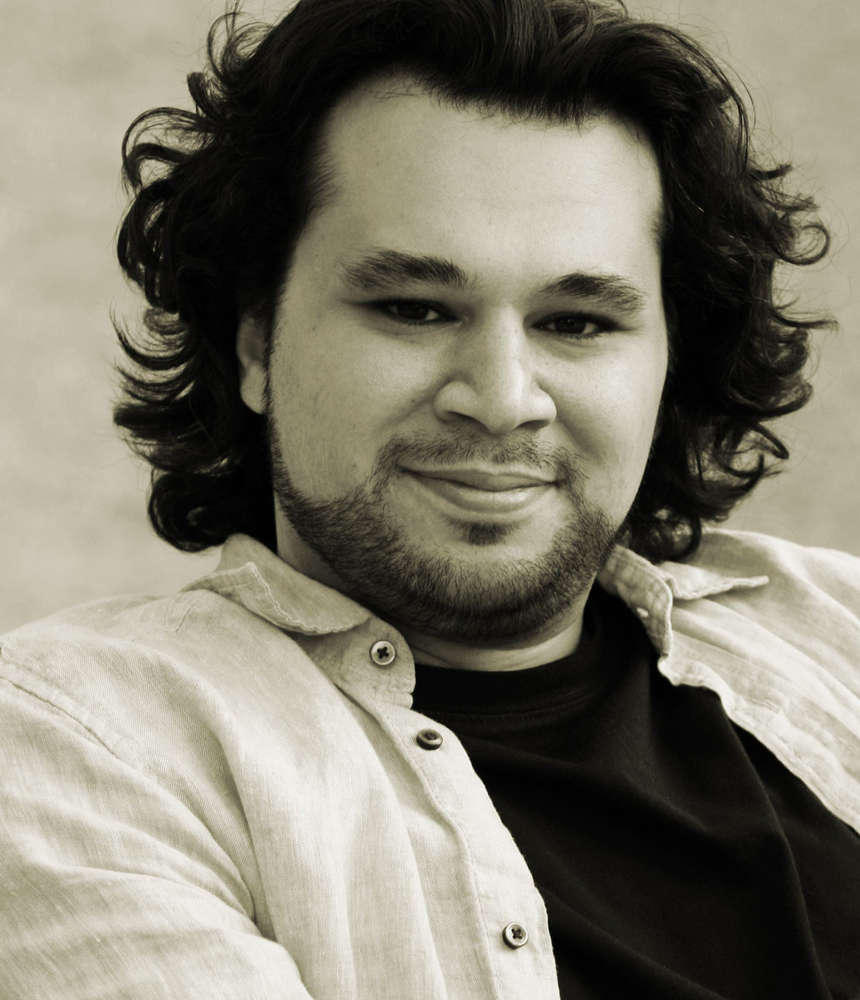 We passed by the home of the beloved but
were turned back by the enemy’s law and the enemy’s wall.
I said to myself perhaps it’s a blessing,
what will you see in Jerusalem if you visit?
You’ll see everything you cannot bear to see
when her houses start appearing on your path.
Not every soul when she meets her beloved
Rejoices, nor does every absence harm;
If meeting’s joy will end with parting
How dangerous then is that very joy.
For once your eyes have seen Jerusalem
You’ll see nothing else wherever you look.

And History turned to me and smiled:
Did you really think your eye could miss them
and see others?
Here they are in front of you:
the main text while you’re a footnote and a margin.
You thought a visit could draw from the face of the city, my son,
the thick veil of her present, that you might see there what you wish?
In Jerusalem there’s every man except you.
Yes she’s the deer in the distance. Your fate is to lose her,
and you’ve raced in pursuit since she glanced goodbye.
Go gentle on yourself – I see you fading.
In Jerusalem there’s whoever’s in Jerusalem – except for you.

But History, wait,
the city has two timelines:
one foreign, complacent, steady of pace
as though walking asleep.
The other lies in wait: masked,
and cautious, and silent.

And Jerusalem knows herself.
Ask the people there, everyone will tell you.
Everything in the city
has a tongue which, when you ask, will speak.

In Jerusalem the crescent moon curls tight as a foetus
curved over its likenesses on the domes;
over the years they’ve become father and sons.

In Jerusalem the stones of buildings quote Bible and Quran.
In Jerusalem beauty’s octagonal and blue,
above it, gentle listener, a golden dome
that looks, I think, like a convex mirror
containing – look – the sky;
playing with it, pulling it close,
distributing it – like aid in a siege –
to the deserving.
As when people after the Friday sermon
stretch out their hands,
in Jerusalem the sky gives herself out among the people,
protecting and protected;
for we would carry her on our shoulders
if time were harsh to her moons.

In Jerusalem dark marble columns
as though their veins were smoke,
and windows high in church and mosque
hold morning’s hand to show him how to paint with colour.
He says “like this”,
and they say: “no, like this”,
until they compromise
and morning’s free outside the threshold but
to enter
the Compassionate’s windows he lights by their rules.

In Jerusalem there’s a school built by a Mameluke who came from beyond the river;
sold at a slave market in Isfahan
to a merchant from Baghdad who then went to Aleppo
whose prince was afraid of the blueness in his left eye
so gave him to a caravan heading for Egypt
where soon he became Conqueror of the Moghuls
and Sovereign Sultan.

In Jerusalem the scent of Babel and India in a herbalist’s shop
in Khan el-Zayt –
I swear it’s a scent with a language you’ll understand if you listen;
it says to me
when they pitch their gas canisters at me:
“Ignore them.”
And when the gas has gone it fills the air again and says:
“You see?”

In Jerusalem contradictions rest
and miracles are not denied,
people check them out like bits of fabric old and new;
miracles here are handled, put to use.

In Jerusalem if you shake hands with an old man or touch a building
you’ll find etched on your palm a poem,
my friend, or two.

In Jerusalem, despite disaster:
an air of innocence, a breeze of childhood;
a pigeon flies and
declares independence in the air between two bullets.

In Jerusalem the rows of graves
are lines of the city’s history, her dust the book.
Everyone’s passed through;
for Jerusalem takes in the faithful and the faithless.
Walk through and read her tombstones in every nation’s language:
it has the Blacks and the Franks and the Kipceks and the Slavs and the Bosniaks,
the Tartars and the Turks, the people of God and of Destruction,
the poor and the possessing, the debauched and the ascetic,
in it there’s everyone who’s trod the earth;
they were the margins of the book, now they’re the text.
Oh History, how come you’ve excluded us?
Is it just for us that the city’s become too small?
Old man, re-write and think again
For I see you’re in mortal error.

The eyes close, then look again.
The driver of the yellow car turns north,
away from her gates.
And now Jerusalem is behind us.
I see her in the right wing-mirror.
Her colours change in the sun, and disappear.
Then a smile surprises me,
It crept to her face
and said to me, when I looked close and careful,
“Oh you who weep behind the wall, are you a fool?
Have you gone mad?
Let your eye not weep, you who’ve been dropped from the text.
Let your eye not weep, young Arab, and know:
In Jerusalem there’s whoever’s in Jerusalem, but
I see no-one in Jerusalem – except you.”

Note: The two poems by Mourid Barghouti are translated from Arabic by Radwa Ashour. The poems are from Midnight and Other Poems, ARC publications, Lancashire, 2009. First published as Muntasaf al-Layl, Riad El Rayyes Books, Lebanon, 2005.

We thank Ahdaf Soueif for her help with the originals of the translations, and acknowledge Women Unlimited for their Delhi event Palestine in India where these poems were read.