When Women Play the Ghatam

A Breakthrough in Music Practice

Subject to the politics of patriarchy and hierarchy, the female artist and the ghatam have had interconnected histories. Carnatic music as a gendered space was one of the key outcomes of the anti-nautch and nationalist movements that intensified between 1928 and 1947.

These movements sanitised and classicised Carnatic music, created strictures around its transmission and performance, and formulated and formalised certain societal values and stereotypes, especially those concerning women. It soon became common practice for girls from upper castes to be trained in singing or playing melodic instruments like the veena, violin or flute, while percussion, almost exclusively, became a male domain. Since then, there have been spaces where women are not allowed; spaces where women percussionists are not allowed; and spaces where the ghatam is not allowed. Therefore, in a context like this, to be a woman ghatam player is to be doubly marginalised.

But let us first look at the history of the ghatam in Carnatic music. “Ghatam” is the generic Sanskrit name for a pot. Although the earthen pot is the most common instrument found in musical cultures across the world, it was only towards the mid-nineteenth century that it came into Carnatic music. Entering at a time when most other Carnatic instruments had attained a degree of musical sophistication, this rustic, humble instrument struggled to find its own voice and space.

Initially used for comic relief in a music performance, the ghatam was the jester. It was never taken seriously. Both the ghatam and the ghatam player were deemed unfit for, and incapable of rendering complex rhythmical compositions. In concerts, they were always under-priced. Further, due to its non-skin material and circular structure, which was different from the mridangam’s flat, skin surface, the ghatam posed a huge challenge to the hegemony of the established mridangam pedagogy. It is classified as an upapakkavadya — a sub-accompanying instrument (arguably, additional instrument), in relation to the mridangam. Even today, in a conventional Carnatic concert, the ghatam’s secondary status (along with that of thekhanjira and morching) is reinforced by its position, diagonally behind the main performer.

Interestingly, even from its “female” marginalised position within the percussion matrix, the ghatam, through the manner in which it is played, defies all existing stereotypes about “the female body, language and space”. Placed on the woman’s lap, it challenges all notions of the “slender” female body. As an extension of the stomach, it is either an ugly “pot-bellied” female body or a pregnant body. Further, it defies all conventional descriptions of a woman’s delicate fingers. Strong arms and rough fingers and palms are signs of good practice and must be maintained at all times. 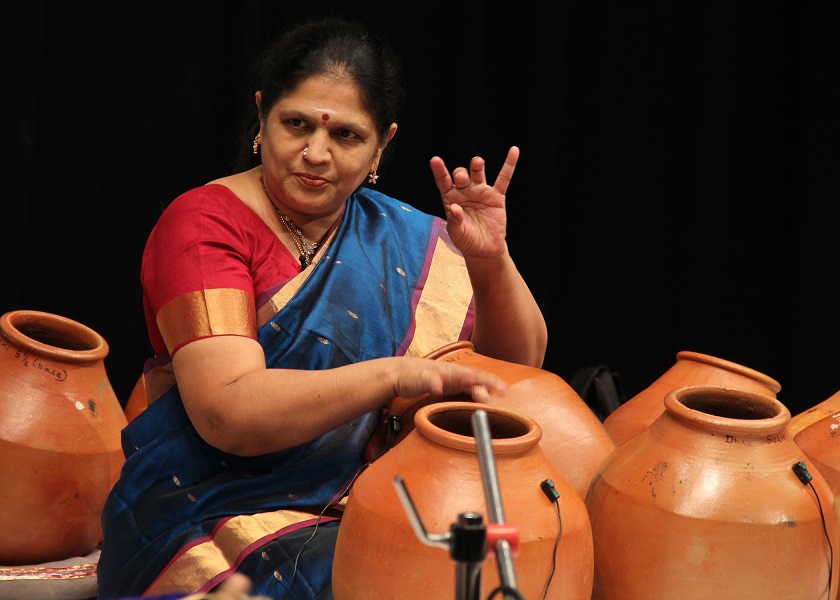 My own inquiry into the history of the ghatam began when I started training in it a few years ago under my guru Sukkanya Ramgopal, the country’s first woman ghatam player and still the only woman to play the instrument professionally. In the 60s, when it was no longer acceptable for women to play percussion, as a 16-year-old passionately in love with the ghatam, she had asked her guru Sri Vikku Vinayakram to teach her the instrument. He had gently tried to dissuade her saying it would be too difficult for women to play it. But he eventually gave in to her passion and wholeheartedly accepted her as his student. However, the tougher challenges began only after Sukanya ji started performing, where she had to face varying levels of discrimination. However, instead of vacating or rejecting that space, she has, over the years, pushed the limits of the ghatam as a percussion instrument and reinterpreted it by giving it a melodic dimension. This has brought the ghatam and the ghatam player from the margins to the centrestage, giving both a new identity.

Overlapping my guru’s journey is my own — in her career spanning 40 years, I have been her first and only female student. And together we confront the male space in our own ways. 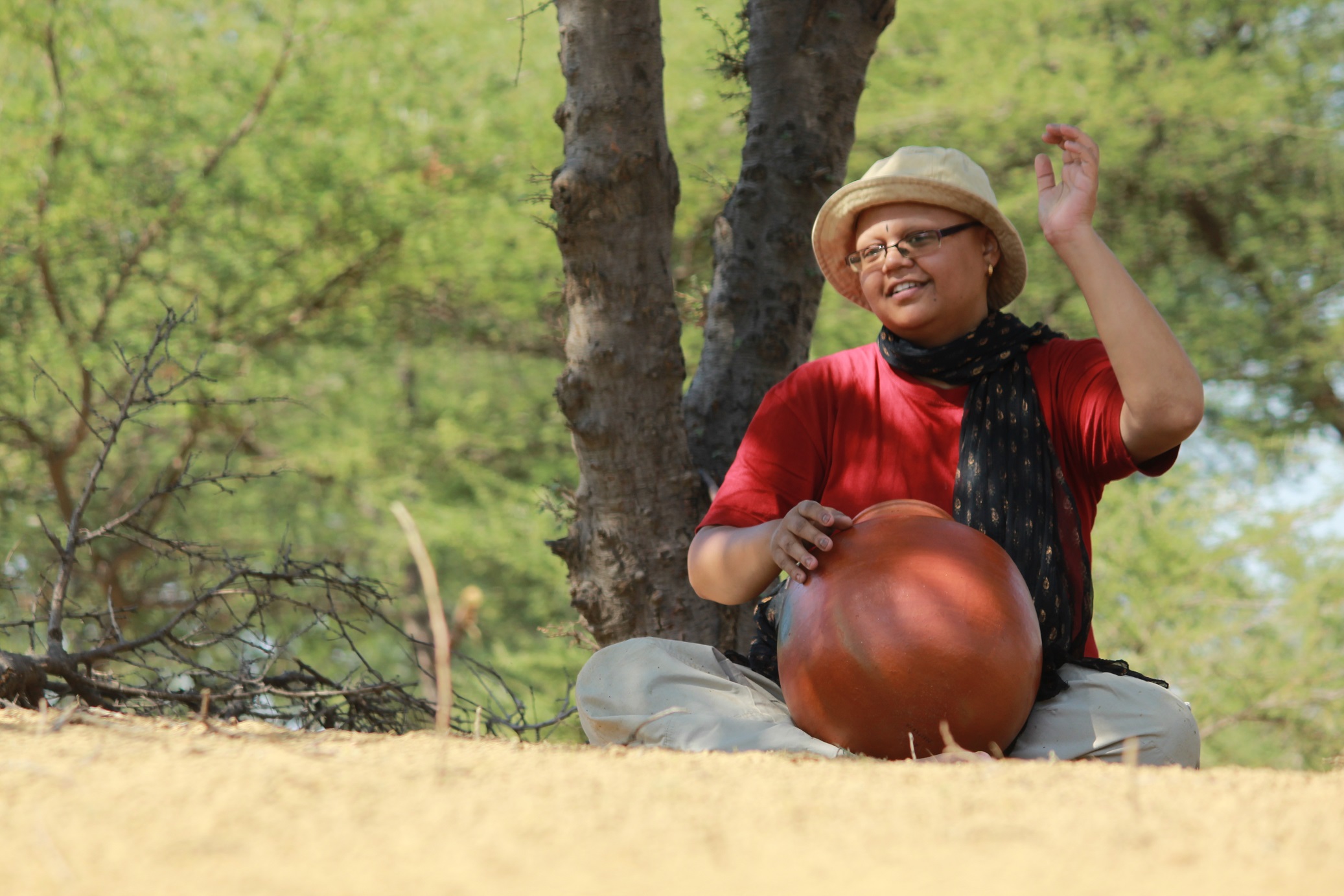 A parallel inquiry into the making of the ghatam layered my experience further. It was a revelation when I discovered that the person who breathes life into the ghatams my guru and I play on is 67-year-old Meenakshi, a ghatam maker based in Manamadurai, a small town near Madurai in Tamil Nadu. Meenakshi ji is another guru to me, drawing me into her philosophy of the ghatam as she teaches me how to make one. In her own words, making a ghatam is like giving birth to a child.

As I unravel the magic of the ghatam through these two incredible women, I am often reminded of Shishunala Sharif’s poem :

Here is the woman potter
Who holds the universe within her

I am deeply indebted to my gurus Sukanya ma’am, Vikku Vinayakram sir, Ghatam makers Meenakshi-ji and her son Ramesh-ji for their valuable insights into the the cultural history of the ghatam.

This piece draws from a more detailed essay “Notes from the Margins: The Feminine Voice of the Ghatam” that was published by India Foundation for the Arts in their magazine Art Connect: Volume 6 Number 2, July-December 2012.