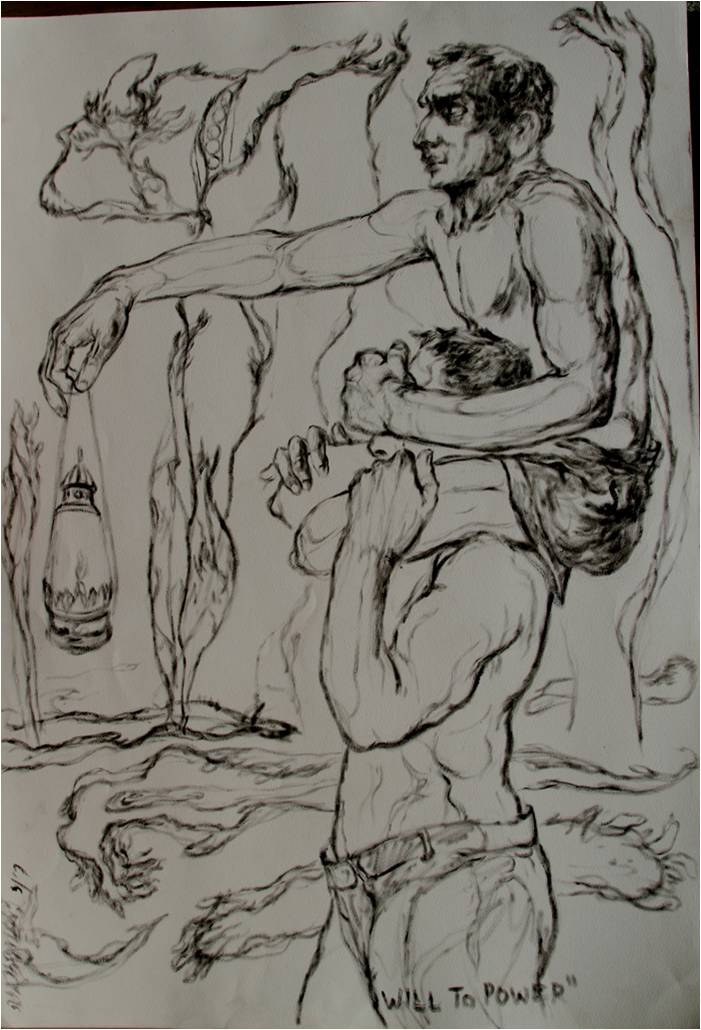 A river brushed against me
in the language of water,

and suddenly, in the language
of flight, the birds
moved below the clouds,

on trees written in a hieroglyphic script,
leaves stirred together, and in their movement
was the language of rustling –

it felt as if you are somewhere close,
drawing near in the language of the body

and whispering a language of forgetting
to those you could not.

I Want to Believe

I want to believe that
after my defeat in love
when I mourn in the utter loneliness of a poem,
then somewhere at least a leaf will tremble for me,
that somewhere a bird will resent that her world is, despite everything, so green,
that for a moment, a planet will slow down somewhere in the universe,
and in some invisible vein of the earth, the lava will cool a little,
that the ancestors spread over centuries will try and give solace to each other,
and the tears of gods will fall in untimely rain;
that I will cry
and through the whole universe
will run a cry of sorrow.
I want to believe that in my defeat, and in my grief,
the world will not leave me alone.

Grief surrounds me as if
that is the only body I have to live in and die in
as if that is the real colour of living
which has become visible to me only just now.

I want to believe that
when I try and find my way through
pain’s long corridors,
then the light at the end of that tunnel will be of grief,
that the window from which a hand will show me the way, will be grief’s window,
and the house, whose porch I’ll rest in, to gather strength to keep on going,
will be the house where grief lives.

After he dies,
he thinks
nothing.

After he dies,
he speaks
nothing.

When he does not
think or speak,
he dies.

This time there were massive riots.
There were heavy rains
of blood.
The coming year
will yield a good crop
of votes.

The Farm is Sad

The bird is sad
for the emptiness of the forest.
The children are sad
for — hammered like a nail
on the doors of the big houses —
this grief of the bird.

The farm is sad —
that even after a full harvest
he, with mortar on his head,
is going up and down the ladder
against that wall being built.

The girl is sad —
till when can she hide the birth?

And the rented hands
are writing on the wall
“To be sad
is against the spirit of India.”