What role can art practice play in a collective trauma?

Himmat, a collective formed by the widows of Naroda Patia with the help of Monica Wahi and Zaid Ahmed Sheikh, provided the supporting infrastructure for an art project.  The project involved my working with six adolescent girls who had lost several members of their families in the carnage at Naroda Patiya, Ahmedabad, on the 28th of February, 2002.

Together, we took on issues from personal loss and displacement, exploring the possibility of mobilisation and economic revival through the use of visual language. The focus was, throughout, on process rather than a set outcome; and on the recording of the process, whether through writing, painting or digital media. The result was an archive against forgetting, and a context-specific resource.

The first phase (2002-2008) of the project involved, for the most part, fieldwork in which the community spoke for itself through the work produced. The second phase of the project (2009-2012) included my paintings, mostly done in retrospect.

The idea of working with display as a narrative mode is central to the curation/exhibition. A project that functioned actively within the community as a locus for mobilisation, and as a mode of beginning a creative process, was transformed into an artwork. Art that enters the area of display could, in that sense, be seen as an afterlife; but also, almost always, as a presage of things to come.

The exhibit focuses on building an understanding, and the underlying theme is friendship. The process could be considered a working model, through which a range of skills is acquired, along with political awareness, and the possibility of resistance, intervention and change through creative means. 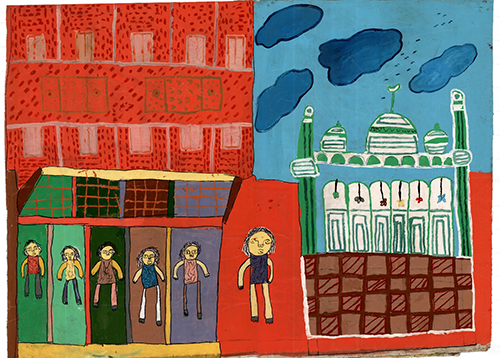 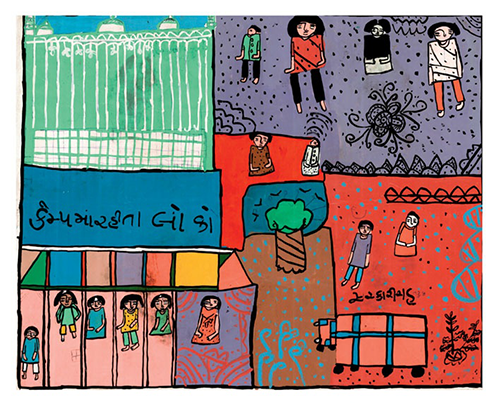 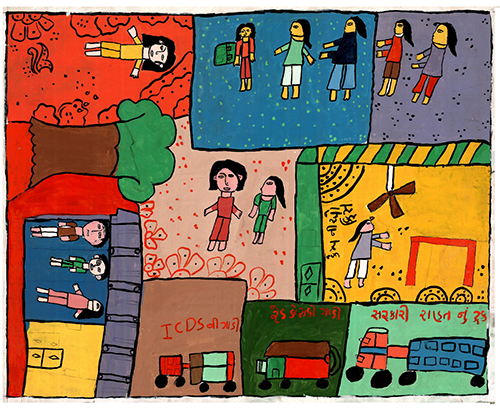 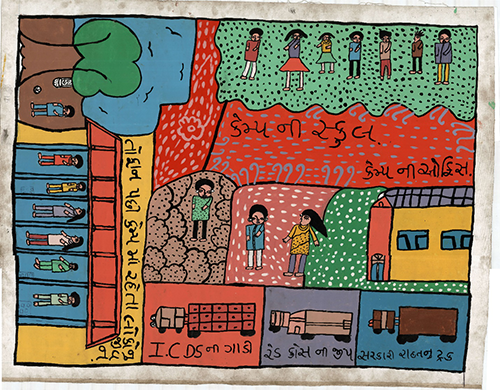