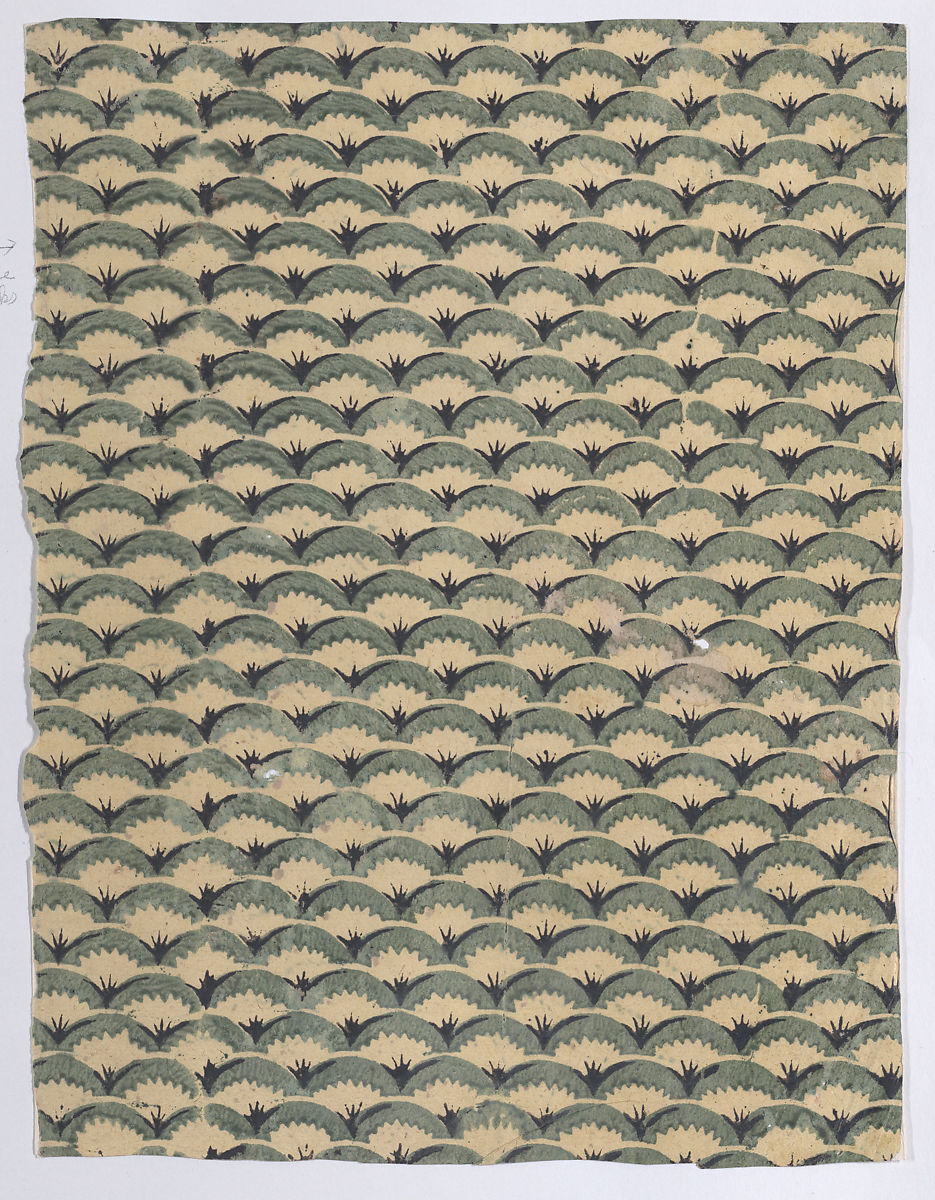 The bag was heavy with rats, enough for the festive meal the next day. Important relatives were coming from Seneri, another Irula village. They would be tired and hungry after the half-day walk. Thenee and her father struck home through the rice paddy, satisfied with the day’s success. The girl hummed a tune; after all, her name meant bumblebee. It had been a close call: not a paisa in the house, and news of this invasion of five hungry relatives! Now, after the long day’s hunt, they not only had two kilos of field rats, but almost as much rice as well. Being harvest season, rat burrows had been industriously stocked with paddy. Thenee felt a bit sorry for the poor rats as she scooped up the grain, but then reminded herself that they were soon going to be eaten too, so it didn’t matter. Amma would roast half the rats, and make a curry with the other half to eat with the rice.

And that wasn’t all. They had been lucky – extremely lucky – in finding a plant of the karupp-pottu, the medicinal root that was now fetching almost five hundred rupees a kilo. It was being tested as a cure for the new disease that was killing millions of people around the world, and especially in India and Africa. It was rare, and couldn’t be cultivated, and the big medicine companies had sent messages to the Irulas to bring in as much as they could. Some of the older Irulas were not sure this was a good idea. It was a sacred root, they said, and shouldn’t be touched. But Thenee’s father was a practical man. “Sacred, bacred,” he growled. “Whenever there’s a chance for us young hunters to make some money, it suddenly becomes sacred. First it was wild primrose, and now, this.”

He peered into the bag filled with the spotted, twisted roots and gave Thenee a friendly cuff on the head. “You go tomorrow. Early morning, understand? I’ll be helping Amma with the cooking, you know I’m a much better cook.”

Thenee gave him her sideways look.

“And remember to tell them you have been to school, and know everything. Don’t get cheated! It’s 500 rupees a kilo, and this is definitely one kilo. I want to see at least 500 in your hand when you return.”

“Well. You know that rod in the corner, the one I use for stoking the fire.” They both laughed, because Thenee’s father was no beater. The closest he got to anger was tugging at his moustache and mumbling a few words under his breath. Thenee skipped around to his other side and took his free hand.

“Appa, how can I say I’ve been to school? One week in school doesn’t mean I’m educated.”

Her father pretended to be hugely shocked. “No? Well, anyway, you learnt something, didn’t you? And when you decide to go back, you can learn some more. It’s never too late.”

Thenee looked far off into the distance, where the sun was spreading an orange mess before burrowing into the low brown hills of the Eastern Ghats. Yes, she thought, it’s sometimes too late. She was too old now, about fifteen or fourteen, or perhaps twelve; Amma told her a different age every time she asked. Appa had no idea what was involved in learning. Those five days  at school had been awful. The panchayat president had wanted to fill the schools before the Collector’s visit, and Thenee had been forced to go. The alphabets had shocked and surprised her. So many of them, what was the use? And each one as difficult to copy as the next, except ‘m’.

The stares of the other children when she said she was an Irula and her father caught snakes and rats! The looks of pity and contempt when she said, at lunch time, that she hadn’t brought anything but wasn’t hungry! Appa just didn’t realize that going to school was more than just copying down numbers and letters on a slate. The following week, she had refused to go and thrown her slate into the high-caste well when no one was looking. It had shattered against the wall in a most interesting pattern.

The next morning, Thenee was up early and drank a glass of kanji from last night. It had just the right amount of salt and soothed her empty stomach, making her feel a little less horrible about going to the pharmaceutical company. It wasn’t far; if you trekked through the fields it took an hour. It would open only later, when the sun hit the tamarind tree, but she’d start now and wait in the shade of a tree near the building. That way, she’d avoid walking in the heat both ways.

“Remember what I told you!” said Appa as she hitched up her half-sari and took the bag of roots. Thenee smiled, rolled her eyes as if to say “Easier said than done, my friend!”

It was a pleasant walk. A short sprinkly drizzle made the water drops glisten and shine in the early sun. A kite swooped down near a family of lapwings; the mother and two chicks. The little ones marched brightly towards the kite, unaware that Death was  about to strike. But Thenee knew what the mother lapwing would do, and she was right. She began limping away in the opposite direction, leaning on one side and pretending her wing was broken. Sure enough, the kite crash-landed nearby; after all, why take a mere chick when you can get a bigger meal? Thenee clapped her hand to her mouth in delight as the lapwing flew away,  leaving the kite to blunder off, feeling rather ashamed of itself. The clever lapwing shot back to the chicks and herded them under a bush. Mothers, thought Thenee, are a clever lot.

Turning this thought over in her mind as she walked, she reached the suburbs of Chinglepet town and the ugly yellow building where the medicinal plants office was located. To her surprise, there was already a bustle going on; people walking in with bags and lunch boxes, scooters being parked, loud greetings. It must be later than she’d thought. Should she wait under the tree? No. Clutching the bag, she went in and walked up the first flight of stairs and into Nataraj Pharmaceuticals. Not everyone had arrived yet, but the man she and Appa had met last month was there. Thenee waited near the door as he shuffled papers about on his desk, picked up the phone and put it down, opened and closed a drawer. He knew she was waiting for him, and that he had nothing at all to do. But like all good office workers, he liked to show his importance.

Pushing a few more things about, he waved her into a small room to the side, dominated by a large electronic weighing scale. He knew what she’d brought – the Irulas only came with this one medicinal root. Fewer and fewer Irulas came, with less and less of it, and the demand for this “magic root” grew and grew. Its price had doubled in this last month, but Mr Krishnan  had not mentioned this small fact to the Irulas.

The green electronic numbers flashed prettily as Thenee’s bundle was placed on the steel platform. Mr Krishnan extracted a key from his pocket, opened a steel locker and took out a hundred rupee note. “Got change? You owe me 25.”

Thenee’s pulse raced and blood rushed to her head. She felt dizzy. Her voice stopped working. She couldn’t speak. After a moment’s hesitation, she managed to produce a few soft words of protest. “Only? I thought… My father said… At school, they taught me…”

Krishnan said he was busy, didn’t have the time to explain numbers to her. He rattled off a long calculation. Did she understand that? No? Well, he couldn’t spend the whole day trying to explain. It was less than one-third of a kilo, the machine never told lies, and at 500 a kilo, this came to so much.

Did she want to sell or not? He didn’t want problems later.“Take it away if you like,” he said, “the other company will give you half this. Quickly, do you have change or should I…Okay here, there is some change after all, and here’s an extra five rupees to buy yourself some sweets on the way home.”

Her legs felt they couldn’t, wouldn’t work. Blood rushed to all the wrong places and at the wrong speed. She was dizzy and wanted to sit down. Not a bad idea at all. Squatting under the tree, she tied the money into a knot at the end of her sari, and wiped the sweat off her face. She remained seated for a long time, staring into the bus terminal but seeing nothing. When she got up fifteen minutes later, there was a new strength in her legs and she walked home with a spring in her step.

It would actually be a good idea to buy the slate on her way home, from the grocery store near the bus stop. She changed direction, and turned into the small village bustle where the high-caste people lived. Funny how she didn’t feel nervous at all.

“Want some chalk too? And a duster?” asked the shopkeeper.

“Yes, why not?” said Thenee. She began walking away, then turned round.